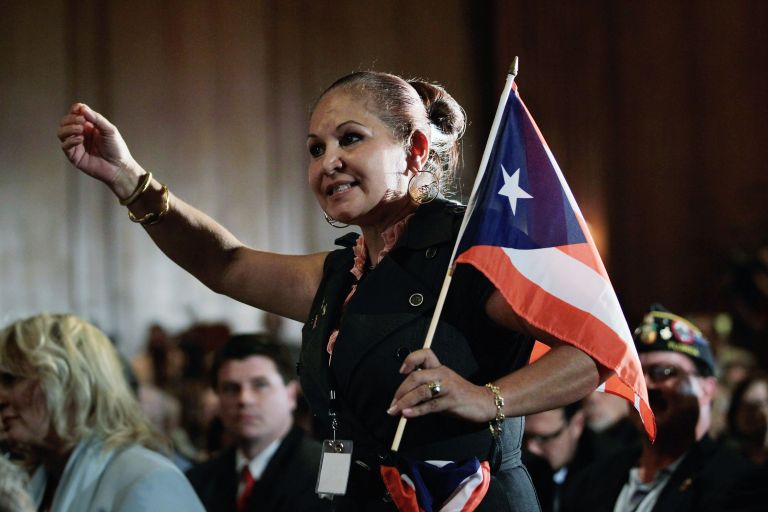 Some 73 percent of Hispanics favor reestablishing diplomatic relations between the United States and Cuba, while 43 percent oppose maintaining the embargo on the island, according to a survey taken by Florida Atlantic University, or FAU, The Latin American Herald Tribune reports.

In a brief preview published Monday in the daily Sun Sentinel, the survey, which will be published in full on Tuesday, said that 12 percent of Latinos oppose restoring diplomatic relations between the two countries, while another 15 percent are “not sure.”

Last December, U.S. President Barack Obama and his Cuban counterpart, Raul Castro, announced the normalizing of diplomatic relations for the first time in over 50 years.

In recent weeks, U.S. lawmakers have presented plans to suspend the embargo, while the White House on Feb. 13 took another step in its opening to Cuba by allowing products to be imported from “independent Cuban entrepreneurs.”

In the opinion of 37 percent of respondents, lifting the embargo would assume a change in the Cuban regime, while 18 percent reject that possibility and 45 percent said that “perhaps” it would have a political influence in Havana.

“I think what that illustrates is that there’s a large portion of the Hispanic community that’s open to starting to fix the relations. Diplomatic relations is sort of a first step,” said FAU political scientist Kevin Wagner.

Asked about restrictions on air travel to Cuba from the U.S., 60 percent of respondents believed there should be no ban for anyone, 12 percent said restrictions should be kept in place and 27 percent were undecided.

Some 49 percent of Hispanics interviewed by FAU said they would visit Cuba, 28 percent rejected the possibility and 23 percent were unsure.

No fewer than 68 percent were in favor of increasing trade relations with the Caribbean island, while 27 percent said there should be no change in the present policy and 5 percent believed that all trade with Cuba should be canceled.

Hispanics in the southern United States, a region that includes Florida, the state where most Cuban exiles live in the U.S., were the most skeptical about improving relations with the island.

And while 32 percent said that eliminating the embargo would mean a change in Cuba’s political system, 22 percent didn’t believe that would happen and 46 percent were doubtful.

As the basis for the study, which has a margin of error of plus or minus 4 percent, FAU interviewed around 500 Hispanics in English and Spanish.