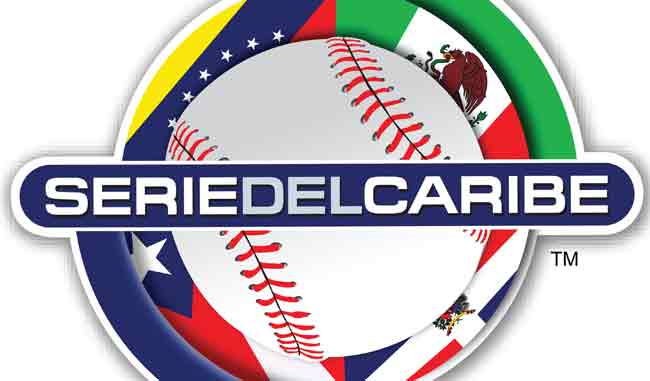 This article by Michael Lecolant appeared in Rising Apple.

The island of Puerto Rico is the site of Caribbean Series 2015.

Hiram Bithorn Stadium, in the capital city of San Juan, will play host to the traditional round-robin tournament which decides the overall Winter Leagues championship.

Venezuela hosted last year, where los Naranjeros de Hermosillo (the Orangemen) claimed the 2014 Caribbean Series title for Mexico.  It was Mexico’s second straight.  In 2013, they were able to win the title in their home country.

The tournament runs through February 6th.  All teams play each other once.  The team with the worst record gets eliminated, and the final four play on Feb. 7th.  The two winners will meet on Feb. 8th for the Caribbean Series championship.

This is only Cuba’s second year back in the tournament after a 53-year absence.  Fidel Castro disbanded the game’s professional enterprise, and therefore all Cuban players are amateurs.  Cuba’s several leagues are tiered, and serve as regional stepping stones that culminate with selection to the National Team.

The other four participating clubs are champions of their respective leagues.  After the winter league titles are decided, the winning teams incorporate some of their league’s remaining players to create what is essentially an all-star team.

Panama, Puerto Rico, Venezuela, and Cuba, were the original Caribbean Series members back in 1949.  Cuba’s Caribbean participation ended in 1960 once Fidel Castro assumed control of the country.

The Dominican Republic leads the Caribbean with 19 titles.  Puerto Rico is second with 14, followed by Mexico with 8, and Venezuela and Cuba with 7 titles each.  Panama’s lone title came back in 1950.

Early Monday afternoon, Mexico took on Cuba in the opening game of the tournament.

Cuba registered the first run in the top of the 4th.  With one out, second basemanYulieski Gourriel was hit by a pitch.  With 2-outs, he stole second, then scored on a single by Frederich Cepeda.

Starting pitcher Freddy Alvarez held Mexico scoreless until the 6th inning, when his control and fielding contributed to the tying run.  Leading off, center fielder Rico Noelwas hit by a pitch.  He advanced to second on a grounder to first, and reached third when Freddy Alvarez failed to convert a fielder’s choice.  With first baseman Joey Meneses hitting, a force out at second base allowed Noel to score.

With Freddy Alvarez out of the game, Mexico pushed ahead the winning run with pinch hitter Walter Ibarra‘s one out single in the 7th inning to capture a 2-1 victory.

Mexico’s reliever Terance Marin earned the win with 2.2 innings in relief of starterAnthony Vasquez, who lasted 5 innings.  Oscar Villarreal fanned the final batter of the game for his first save.

Starting for Venezuela, Daryl Thompson outperformed Puerto Rico’s Giovanni Soto.  Thompson limited P.R. to one run on three hits over 6 innings, and fanned 5 before giving way to the bullpen.  Soto allowed 5 earned runs on 6 hits and 3 walks through only 4 innings pitched.

Right fielder Jorge Padilla drove in Puerto Rico’s first run with a single in the 3rd.  They rallied for another run in the 9th, when third baseman Neftali Soto grounded a 1-out single up the middle, and scored on DH Rene Rivera‘s 2-out single to left.  However,Ruben Gotay struck out to end the game, giving Venezuela a 5-2 final.

The Dominican Republic will play its first game early Tuesday afternoon against Cuba.  In the night game, Mexico will be the home team against Puerto Rico.