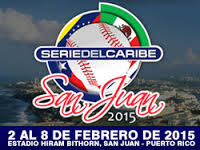 Great expectation fills the streets of San Juan today for the Caribbean Baseball Series, which begins Monday, particularly arpund the confrontation between Vegueros sets of Pinar del Río, of Cuba, and Cangrejeros de Santurce, of Puerto Rico, Cuba’s press agency Prensa Latina reports. [The press release is reproduced as it reached us, with some amusing turns of phrase produced by an unfortunate translation.]

From the arrival to this city of the first group of Cuban journalists who will cover this classic of the Caribbean baseball, many Puerto Ricans have expressed the interest in the participation of the Cuban team and their match against local.
The 57th Caribbean Series will be played from 2 to 8 incoming February in the capital’s Hiram Bithorn Stadium.
Some fans commented positively that the Cuban team has been reinforced with the best players from others teams participating in the National Series in that country.
That will give greater prominence to the tournament, they highlighted in dialogue with Cuban reporters, adding that the rest of the classified teams have chosen four to 15 reinforcements with the aim of obtaining the scepter of this 57th edition.
In this event, plus Cuba, attending as guest for the second consecutive year, participate the winners of professional baseball winter leagues of Mexico (Tomateros de Culiacan), Puerto Rico (Cangrejeros de Santurce), Dominican Republic (Gigantes del Cibao) and Venezuela (Caribes de Anzoategui).
According to the tournament rules, each team may be reinforced with the best players from other teams of the national leagues.
Another fact that highlights the Puerto Rican fans is the return of Cangrejeros to the stellar level of local baseball.
With five trophies, this is the most winning team of Puerto Rico, which is one of the founding countries of the Caribbean Series and winner of 14 titles in its history, started in 1949.
This tournament is organized by the Confederation of Professional Baseball in the Caribbean, to which belong the professional leagues of those attending the 57 version, unless Cuba that although founder, stopped participating in 1960 and returned last year as guest with Villa Clara team.
For now, members of Vegueros of Pinar del Río arrives this afternoon, coinciding with the popular celebration of the triumph of the Cangrejeros in the local winter tournament.
The duel between the two teams is scheduled for next Wednesday and already a sellout stadium is forecast.