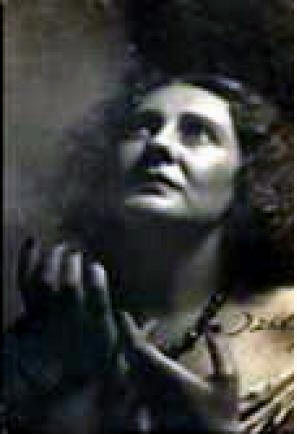 The artistic labor and educational development of Mariana de Gonitch in the field of lyrical music as well as her roots in the cultural life of the island, constitute a symbol of the bond between Russia and Cuba. That is how it was expressed by Mijail Kaminin, ambassador of the Russian Federation in Havana, at the presentation of the jury of the competition that bears the Russian diva’s name, which will take place at the headquarters of the Instituto Cubano de Amistad con los Pueblos (ICAP) on February 1-5, 2015.

The ambassador meant that the competition will open the commemorative journey for the 70th anniversary of the Great Patriotic War and the 55th anniversary of the reestablishment of diplomatic relations between Cuba and Russia, at that time part of the Soviet Union. [. . .]

The competition, which honors the memory of the great artist and educator established in Cuba since 1940, will gather 18 singers, which, according to founder and director of the competition, Hugo Oslé, will compete in a demanding program that cover diverse types of popular and folkloric song.