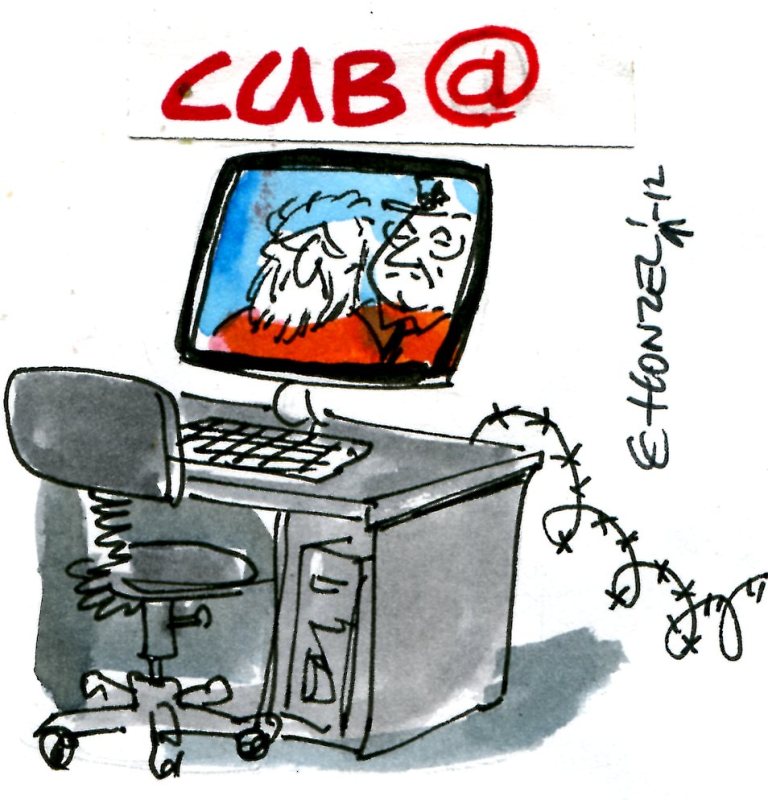 The Castro regime is slightly easing its restrictions on Internet access, but for Cubans that could benefit, it won’t be cheap, nor will it be accessible to most, Jake Bolton reports for the Antillean Media Group.

In 2011, a United Nations report argued that by curtailing their respective populations’ access to the Internet, some governments were committing serious human rights violations in breach of international law.

The report went on to condemn state suppression of online political dissension in particular, and urged governments everywhere to do everything in their power to facilitate free, secure and ubiquitous access to the Internet within their own individual borders.

With the International Telecommunication Union reporting that only 3.4 percent of Cuban homes had online connectivity in 2014, the Castro regime is failing miserably at promoting what is increasingly being viewed around the world as a vital domestic utility.

The failure is intentional. Outside of government facilities, universities, public institutions and public Internet cafes, hotels and some restaurants, Internet access is strictly prohibited in Cuba by the Castro regime.

In places when Internet access is permitted, the information that regular Cubans are able to obtain is highly censored, and most emails are monitored. Only some prominent citizens with special permission from the Cuban Ministry of Communications are able to purchase private WiFi routers for their homes and enjoy unfettered access to online materials. But even so, illegal connections to WiFi networks in Cuba are common, with savvy hackers regularly utilizing signals from hotels and public facilities to access the internet.

USAID contractor Alan Gross – who was recently released by the Cuban government in a prisoner swap – was initially arrested in Cuba in 2009 for circulating illegal satellite phones and computer equipment designed to circumvent Cuban Internet restrictions among Cuba’s Jewish population. His efforts, for which he was being paid around half a million dollars by the American government, were part of a protracted campaign by the U.S. to undermine Cuban Internet restrictions and weaken the Castro regime.

The Internet and democracy: A 2013 report from the U.S. Government Accountability Office showed that from 1996 through 2011, the U.S. Congress appropriated $205 million in USAID and State Department funds to “promote democracy” in Cuba – though this figure does not take into account the purported classified activities of certain U.S. intelligence agencies like the CIA, which were devoted to expanding Internet access in Cuba.

Clandestine attempts by the U.S. government to promote illegal online connectivity among the Cuban population have yielded questionable results, but in the wake of moves by both governments to normalize relations in December, the Cuban government has now announced that it will begin offering public WiFi access via smartphones, tablets and laptops to all citizens this month through its state-run ETECSA telecommunications company.

Unfortunately, these services will initially only be offered in the city of Santiago de Cuba, and priced at a whooping $5.00 per hour. And in a country where most workers earn an average of $20 per month, this steep price tag ensures that Internet access will remain a luxury rather than a human right, for the foreseeable future at least.

Political observers however remain hopeful that this recent move by the Castro government is an indicator of greater reforms to come.

For the original report go to http://www.antillean.org/cuba-internet-access-543/