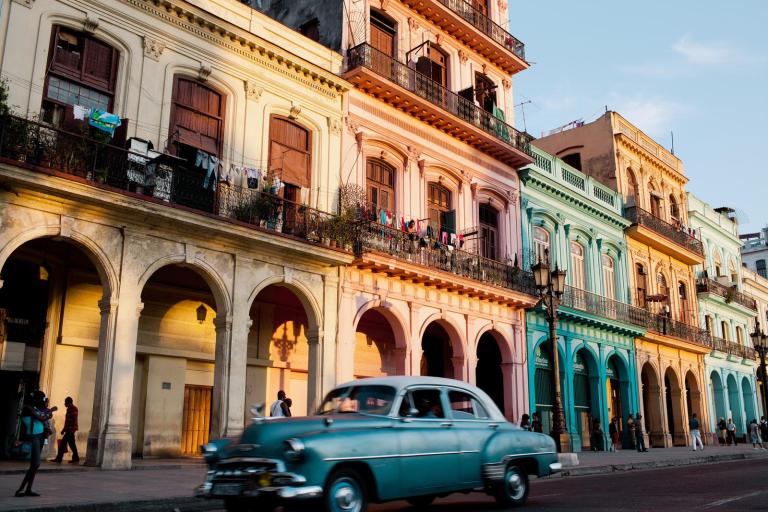 The recent article “52 Places to Go in 2015” (The New York Times) included several Caribbean sites: Cuba; St. Vincent and the Grenadines; Orlando and Miami, Florida; and St. Kitts. Here are three of the descriptions (written by Victoria Burnett, Elaine Glusac, and Baz Dreisinger)—see more in the link below:

Cuba—As relations warm, a Caribbean island is within reach.

Cuba has long been the forbidden island, a tropical bastion of communism whose mystique was amplified by the fact it was largely off limits to Americans. Now, as part of the détente between the United States and Cuba, Americans wishing to go there will face fewer restrictions, provided their visit is “purposeful” (strictly sun-and-sand holidays are still prohibited). The opening comes as life on the island is gradually changing — not fast enough for many Cubans, but slowly enough that those wanting to glimpse a crumbling socialist system, see the miles of undeveloped, glittering coastline and strike up a conversation in the back of a battered Oldsmobile still have time. While the issue of travel there is still politically polarizing in the United States, the travel industry is embracing this potential new Caribbean destination with full force. The good news, for Cubans and their visitors, is that the economic reforms — however limited — have created a constellation of privately-run restaurants and bars in Havana and provincial towns, many of them in beautiful, restored homes. An effort by the government to reinject life into Havana’s cultural scene has spawned vibrant new venues like the Fabrica de Arte Cubano, where the young, hip and better-off line up on weekends. Given the sharp rise expected in the number of Americans visiting, travelers should book early if they want somewhere to sleep during the 12th Havana Biennial, May 22 to June 22, an event that — as if to prove Cuba still operates at its own pace — rarely happens at two year intervals. VICTORIA BURNETT

The largest development project ever undertaken in St. Vincent and the Grenadines, the new $240 million Argyle International Airport will open this year, offering nonstop jet service from North America and Europe to the 32-island nation dotting the Lesser Antilles between St. Lucia and Grenada. Travelers traditionally come to scuba dive or snorkel the island chain’s reefs, and the private island resort of Petit St. Vincent just added a new dive center run by the marine conservationist Jean-Michel Cousteau, with plans to lobby for a marine preserve nearby. Palm Island Resort manages to preserve the peace for which travelers come and serve social needs with a new weekly Silent Cinema night on the beach (guests watch a movie projected on a big screen while listening via wireless headphones) and a Silent Disco dance party held monthly on the shore. ELAINE GLUSAC

St. Kitts—Upscale in the Caribbean, but sustainable, too.

The 65-square-mile island of St. Kitts is best known for its annual music festival, with performers ranging from Michael Bolton to Nas. Now two landmark hotel developments will put this lush, unpretentious island on the map for luxury. In the south, Christophe Harbour — a grand development featuring a new mega-yacht marina, Tom Fazio golf course and trendy beach club, SALT Plage — will in 2015 break ground on the Caribbean’s first Park Hyatt. Transforming the mountainous north, meanwhile, is Kittitian Hill — not just a lavish resort but a sustainable community, honoring all things local, with a 400-acre organic farm, “edible” golf course on a former marijuana farm, plush accommodations and farm-to-table cuisine. There are even plans for a film institute, fine art residency program and weekly fish fry. The airport’s plush YU Lounge, a private jet terminal that opened this year, will make the influx of upscale travelers feel right at home. BAZ DREISINGER

[Many thanks to Leslie Offutt for bringing this item to our attention.]