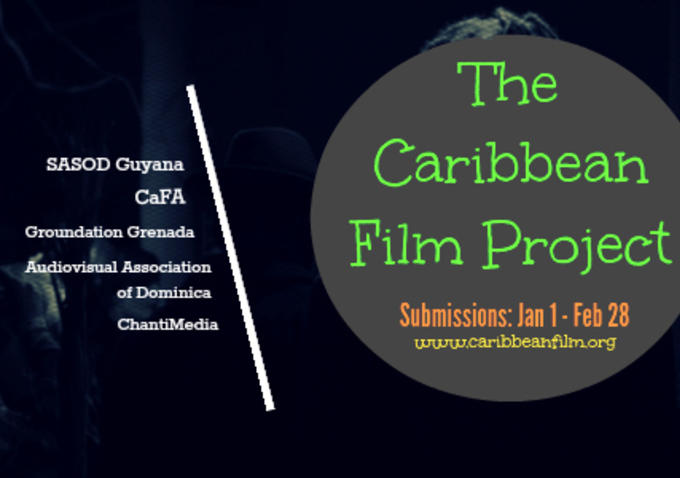 Fresh news on the expanding Caribbean cinema front and a great opportunity for many throughout the Diaspora.

Brooklyn, NYC based Caribbean Film Academy (CaFA), who last August we announced began their own VOD platform Studio Anansi, has announced a new partnership with Groundation Grenada, Audiovisual Association of Dominica, ChantiMedia and SASOD Guyana to launch the Caribbean Film Project, an initiative which aims to showcase the talent of unknown and emerging writers in the Caribbean and its Diaspora.

With a focus on providing assistance in production for films for countries that have mostly been absent from the current Caribbean filmmaking renaissance – Dominica, Guyana, Grenada, and St. Kitts & Nevis –  theCaribbean Film Project also will, “provide an opportunity for Diaspora filmmakers to have their work included in a Caribbean film compilation,” according to CaFA.

The initial assistance will be in the form of a script competition.

Open for entries now through February, 28 2015, the winner from each country will be paired with a “coach” who will work with the writer to make their script production-ready.  With the help of each producing partner, the films will then be produced. CaFA plans to raise the funds needed for the project through sponsorship, fundraisers and crowd-funding.

“This focus on writing is long overdue”, according to CaFA co-founder, Romola Lucas, who has led the effort to organize this new project. “Spurred by the availability and increasing affordability of filmmaking equipment, the Caribbean is currently experiencing a surge in filmmaking.  More and more people, who may never have considered filmmaking as an option, are making films encouraged by new opportunities to have their work screened at the growing number of Caribbean film festivals.  Many of the films are excellent, well-written, professionally produced, and visually appealing.  However, there are many others which suffer from technical issues and incomplete storytelling.”

Ms. Lucas continues, “From our perspective, well-written stories underpin every sustainable film movement, and in order for Caribbean storytellers to be counted among the best in the world, specific focus and attention must be given to the development of great writers,” Lucas continues.

The competition is open to writers/filmmakers who are residents/nationals of Dominica, Guyana, Grenada, St. Kitts and Nevis, and to those of Caribbean descent/heritage living in the diaspora and writing Caribbean stories.  Submissions opened on Friday, January 2, 2015 and close Friday, February 28, 2015.  To learn more about the Project and submit a script, visitwww.caribbeanfilm.org or email them at submissions@cafafilmproject.org.

We will publish more information on this as it comes.

For the original report go to http://blogs.indiewire.com/shadowandact/caribbean-film-project-collaboration-launches-in-support-of-emerging-caribbean-screenwriters-20150106