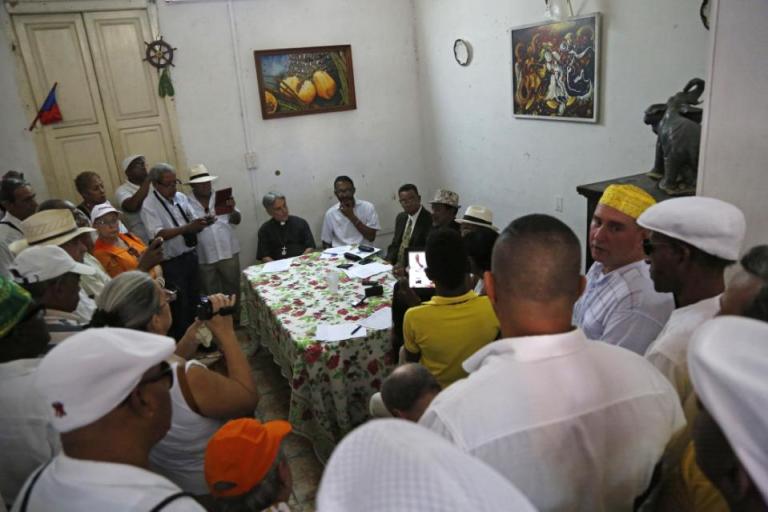 A group of Afro-Cuban Santeria priests said Saturday the path is clear for improved dialogue between the U.S. and Cuba following the two governments’ announcement of plans to renew diplomatic ties.

The “babalawo” priests’ annual “Letter of the Year” also foresaw dangers of epidemics, conflicts, environmental imbalances and the loss of religious or political leaders — general projections that have been common in past such Letters.

Lazaro Cuesta, one of the founders of the Commission of the Letter of the Year, said the planned restoration of ties, announced on Dec. 17, with the U.S. opens a period “of hope for all the world.”

“Our Cuban brothers who are there (in the United States) will avoid being victims of the walls that separated us until yesterday,” he said. “Those walls collapsed to create a bridge.”

The commission represents about 1,000 babalawos and is independent of the government. Another Santeria group, the government-recognized Yoruba Association issued its yearly message on Thursday. It did not mention ties with the U.S. and urged people to “avoid social indiscipline.”

Santeria is a mix of Roman Catholicism and the African Yoruba tradition. The annual Letter is released each year around New Year’s Day.

For the original report go to http://rapidcityjournal.com/news/cuban-santeria-priests-welcome-closer-ties-with-united-states/article_cfee3e72-3ce1-5a72-86b6-ca42b7a056b7.html