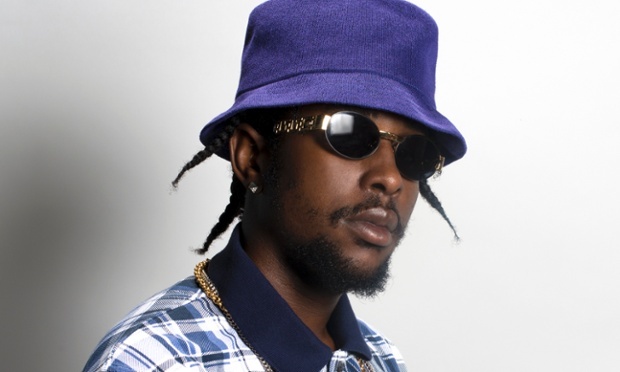 In the London’s Guardian special end-of-year playlist series, they pick five of the very best tracks of 2014 from the Caribbean. The article includes videos of each song, which you can access through the link to the original report below.

The moody Dubbel Dutch-produced riddim is representative of the whole of Popcaan’s Where We Come From album, released on MixPak in June. Yes, it’s a song about partying, but the Raving King’s plaintive discussion of champagne, girls and “high grade” seems to leave a bit of doubt as to whether or not everything is, indeed, nice. This ambiguity keeps the song creative, and, in tandem, seems to indicate that dancehall – the genre whose demise is constantly heralded—is alive and well and interesting.

In 2015, nu-reggae upstart Proteje is dropping an album, but 2014 was all about Chronixx. The reggae revivalist’s star is on the ascent—so much so that it’s tough to imagine him voicing a bad tune. From Kingston’s route taxis to Letterman’s stage, Chronixx’s combination of clever lyrics and pure tone earns head nods everywhere. It’s also nice to hear him shout out to his fellow artists and – there are more where Chronixx came from.

Anyone who still thinks No-Maddz are no more than Poo Puku Poo Puku Pooshould take another listen to the quirky art school outfit – particularly to this sparkling Sly & Robbie produced single. It’s a hooky, catchy, creative combination of R&B crooning and wistful reggae fun. And they’re still the most stylish band in Jamaica. Bar none.

Sure, Machel didn’t win the groovy soca monarch with this tune (that was achieved by Kerwin Dubois’s Too Real ), but it still might be the most representative of soca’s ability to encourage dancing, drinking and general fun. Though reggae has been the most recognisable musical export from the Caribbean, Jamaicans might need to watch their backayard because some of the best pop music around these days is soca.

It was a big year for Bunji: he was the first soca artist (alongside his spectacularly talented other half, Fay-Ann Lyons) to perform at the tastemaking festival that is South By Southwest and then he dropped his debut album on VP records this summer. Though many of Garlin’s 2014 carnival offerings – and their remixes – were more than road worthy, the post-party lament Carnival Tabanca is a clever bit of warmth that definitely provides a perfect soundtrack until next season.

For the original report go to http://www.theguardian.com/music/2014/dec/28/the-playlist-best-reggae-dancehall-and-soca-2014-popcaan-and-bunji-garlin

2 thoughts on “The Guardian’s playlist: the best reggae, dancehall and soca of 2014, with Popcaan and Bunji Garlin”