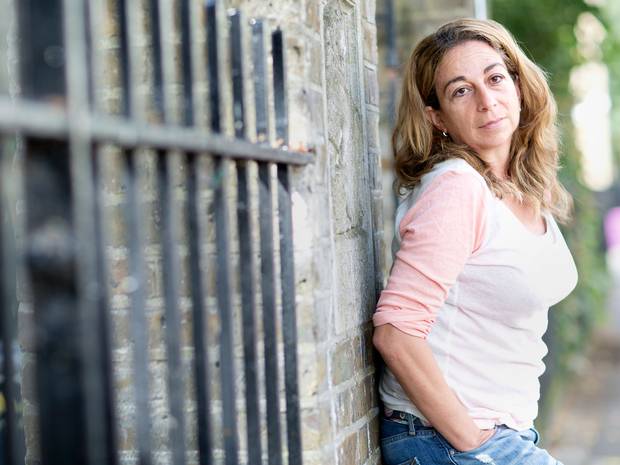 This interview by Adam Jacques appeared in London’s Independent.

New Year’s Eve is not about having a big party for meIt’s a time of reflection and I often go on spiritual retreats. This year I’m going to Glastonbury with friends, to a retreat there. It’s not about counting down the minutes and celebrating with champagne; it’s about being around people I enjoy.

The person I love most is the Dalai Lama China destroyed his country, yet he says that it’s imperative we show love for the Chinese. It’s advanced humanity and an area I’m interested in; to keep the ego in check and seek redemption. And through psychoanalysis I’ve learnt to have compassion for the people who’ve hurt me.

All my books explore fatherhood I look at what it means to have a big father figure at the centre: sometimes they’re a good father, sometimes bad. My father died 22 years ago, when I was 28, and we always had a very combative and discordant relationship: he was a stern, colonial man who’d been sent to boarding school at eight, while I was a young, bombastic feminist hippie, so it was a clash of Victorian era and modern era. We were totally unable to communicate. I’ve worked on my father complex in therapy, and now that I’m almost 50, I’d give anything to be able to have a conversation with him.

There is a thread between Isis and the coup attempt in Trinidad 25 years ago [when 100 members of an Islamist radical group, Jamaat-al-Muslimeen, stormed parliament.] But I had no intention of my new book House of Ashes [a fictionalised retelling of the attempt] being anti-Islam. The coup was the beginning of a story about militant Islamic extremism that has gone global: some of the men who’d trained in Libya [for the coup] knew something bigger was going to happen. But [the novel is] also about the idea that there is a strong archetypal pull in men towards being a warrior, which only young men who join armies get to fulfil.

All of us carry shame and taboo around about our sexuality But I was determined not to let shame stop me writing my memoir. Celibacy in long-term monogamous relationships is a big unwritten-about subject, but it’s really common, and before writing With the Kisses of His Mouth [in which Roffey writes about embarking on a midlife sexual odyssey], I didn’t want to admit that is what had happened to me: that I loved this person deeply, but didn’t have a strong sexual connection him any more. I thought I carried a secret, only to find out later that it was common.

Facebook has made us all celebrities in our own little world We’re constantly documenting ourselves, taking photos of our food, our shoes, ourselves, and letting people know where we are all the time. We’ve become self-obsessed and I do worry about my own narcissism.

Every writer and poet has their own ‘Newsnight’ going on, on Twitter Everyone is Jeremy Paxman, conducting [cross-examinations] of each other’s views, even trolling one another.

I talk to myself It’s my worst habit. I often muse aloud or, when people drive me crazy, I curse them aloud. I might do a ranting monologue about how pissed off I am about them, occasionally forgetting that they might still be in the room; now, that’s weird!

Monique Roffey, 49, is a Trinidad-born British author whose novels include the Orange Prize-shortlisted ‘The White Woman on the Green Bicycle’, and ‘Archipelago’, which won the OCM Bocas award for Caribbean literature. Her latest, ‘House of Ashes’, has been shortlisted for the Costa Book Awards; the winner will be announced on 27 January

For the original report go to http://www.independent.co.uk/arts-entertainment/books/features/monique-roffey-the-author-on-father-figures-the-nations-narcissism-and-new-year-reflections-9943967.html