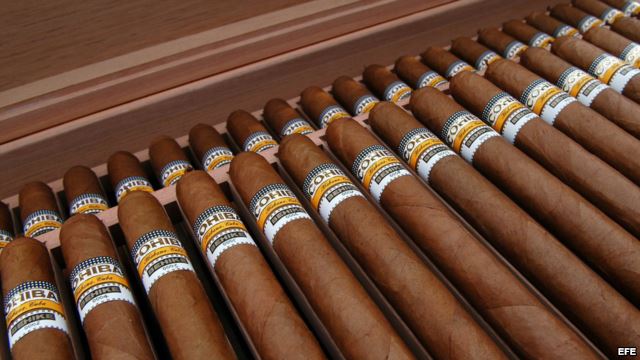 This is an article by Martí Noticias that celebrates the fact that the U.S. market will now be open for the purchase of Cuban cigars:

Milagros Diaz has been rolling cigars for 48 years, so long that she can no longer smell the tobacco, but she is delighted that the US market will finally be open to her Cuban handmade “habanos” (cigars).

Since US President Barack Obama on Wednesday announced the resuming of diplomatic relations with Cuba’s communist regime and the beginning of the withdrawal of economic sanctions, U.S. citizens have been arriving at the cigar shop at the Hotel Nacional in Havana, where she rolls “puro” cigars using techniques that have changed little since the nineteenth century.

“Ay, the North Americans!” she said. “Now, they have no fear. I’m super happy because I thought that at the age of 67 years, I was not going to live to see this diplomatic relationship. And we can sell more because this is beginning already.”

Cigars have been a distinctive product of Cuba since Christopher Columbus first observed in 1492 how the natives of the Caribbean island smoked rolled-up tobacco leaves.

Cuban cigars are considered by many as the best in the world, especially brands such as Cohiba, Partagas, and Montecristo, but the US trade embargo blocked its access to a market which last year imported 317.6 million high-quality handmade cigars.

Under new rules that will be implemented soon, the United States will allow its citizens traveling to Cuba to return with one hundred dollars’ worth of alcohol and tobacco.