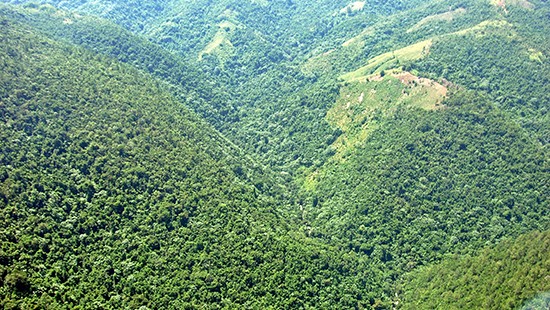 “If the government wants peace, then do justice by declaring Loma Miranda National Park,” reads one of the pickets carried by some protesters as the passed by the premises of the Santa Maria Radio station.

Cruz, the country’s most radical priest, has led the months-long campaign to create the national park on the site of Glencore Falcondo’s planned nickel mine.

One thought on “Dominican Republic: Hundreds March toward Loma Miranda”