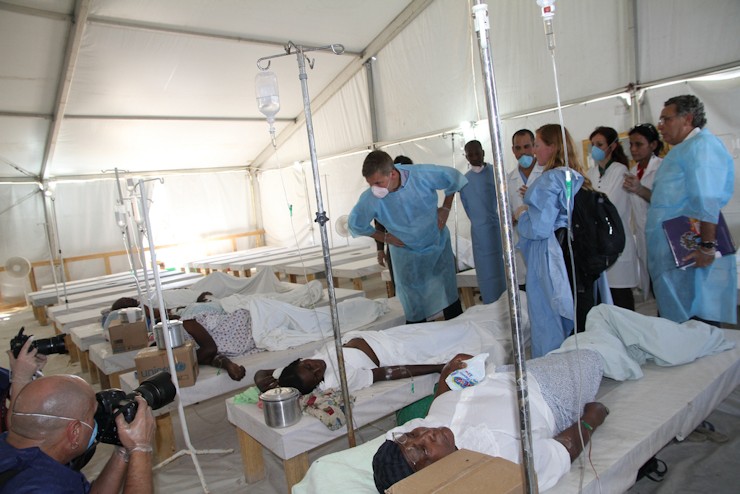 On Wednesday, Oliver Schulz, head of the Doctors without Borders’ Haiti mission, said more than 2,000 people with symptoms of the disease were in need of emergency hospitalization since mid-October. He said compared to the same period in 2013, the number of cases treated by Doctors without Borders has almost doubled. The cholera outbreak in Haiti surfaced in October 2010 and has killed more than 8,500 people here since the outbreak started.

In a statement, the group said Haiti’s health system “is still facing shortages of funding, human resources and drugs” and authorities are displaying a “lack of preparation for outbreaks that are known and foreseeable.”

Cholera cases become particularly bad during rainy months, aggravated by a scarcity of sanitation and clean water in many areas. It is most often spread through the consumption of contaminated drinking water or food. [. . .]