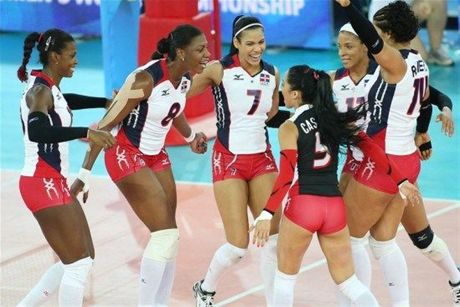 The Central American and Caribbean Games Veracruz 2014 has been going on since November 14 and will continue through November 30. So far the Dominican women’s volleyball team has received kudos for their outstanding performance. [Other news is that in men’s football, Costa Rica and Haiti finished with a 2-2 tie.] See more about the “Queens of the Caribbean” below:

The “Queens of the Caribbean” will soon earn the volleyball title: Queens of Central America, after dominating the Central American and Caribbean Games Veracruz 2014, as confirmed by their thunderous performance early Friday.

It was the Dominican women volleyball team’s fourth consecutive gold medal in the Games, including Mayaguez 2010, Cartagena, Colombia 2006 and San Salvador 2002.

“It was a busy year,” said coach Marcos Kwiek who hails from Brazil. “We achieved our goal with success in Veracruz and we’re confident that we can achieve more.”