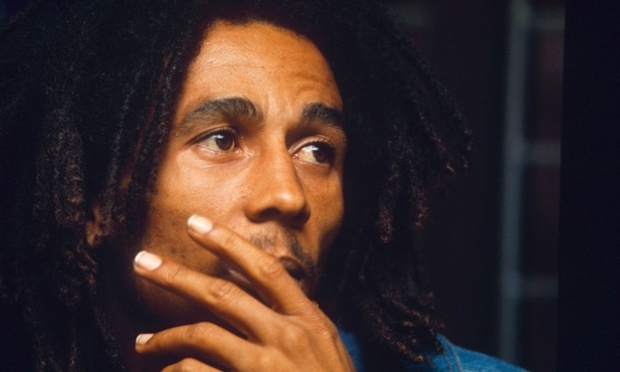 The family of Bob Marley has teamed up with private equity firm to launch Marley Natural, which will offer ‘heirloom Jamaican cannabis strains,’ making the late reggae superstar the face of the world’s first international marijuana brand, according to The Guardian:

[. . .] “My dad would be so happy to see people understanding the healing power of the herb,” said Cedella Marley, Bob’s daughter. “He viewed the herb as something spiritual that could awaken our well-being, deepen our reflection, connect us to nature and liberate our creativity.”

She said Marley Natural was an “authentic way to honour his legacy by adding his voice to the conversation about cannabis and helping end the social harms caused by prohibition.”

The cannabis company is expected to start shipping its product to areas where pot is now legal by the end of next year. Alongside ganja, the company – backed by Privateer Holdings, a private equity firm that deals exclusively in cannabis industry investments – will sell creams, lotions and accessories all inspired by marijuana and Marley.

The company will be headquartered in New York City. Marley paraphernalia and topicals will be available worldwide. Its actual marijuana products will all have the same branding but will be grown and distributed locally in jurisdictions where the drug is legal in order to abide by the patchwork of regulation that now covers cannabis consumption.

“There is probably no better known cultural icon related to cannabis than Bob Marley,” said Brendan Kennedy, chief executive of Privateer Holdings. “He called cannabis the herb and he said the herb is the healing of the nation. And he wasn’t talking about a country, he was talking about mankind.”

Close to three decades after his death, the Jamaican reggae star is more popular now than at any point during his lifetime. Over the past year, ending in October, he was the ninth highest paid dead celebrity according to Forbes’ annual list of dead celebrities’ earnings, making $20m, more than Marilyn Monroe or John Lennon.

The marijuana deal could potentially put Marley in the top spot, now occupied by Michael Jackson. Kennedy calculates that globally marijuana sales are worth between $150bn and $200bn a year, though, of course, most of that is illicit. In the US 23 states now have some form of decriminalization and four, plus the District of Columbia, allow recreational use. [. . .]