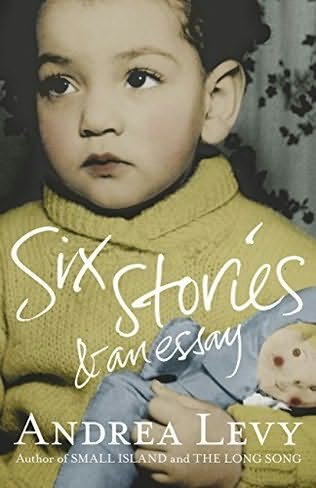 In this short – very short – collection, Andrea Levy explores the same territory as her novels, Chris Dolan writes in this review for Scotland’s Herald.

No harm in that. She has much to say about a crucial turning point in recent British history. The day the Windrush docked at Tilbury was hardly the beginning of Britain’s long and difficult relationship with the Caribbean, nor indeed the first chapter of Black Britain, but it is in the legacies of colonialism and black immigration that Levy finds so much to talk about. Her novels – such as Never Far From Nowhere, Fruit Of The Lemon and, most famously, Small Island – show her eye for detail and ability to encapsulate complex social relationships, mapping the story of a profound national and political transformation.

In Six Stories And An Essay, Levy tells of people, some of them second or third generation British Caribbean, who know next to nothing of their roots. White people are still amazed, even sceptical, that slavery was ever practised by the British. These are gaps in knowledge and understanding that must be filled. Even more dangerously there are those who think we should just simply “move on” from the past. “That British plantation slavery,” Levy writes, “has no lasting legacy for this country is absurd.” The idea that we opt for collective amnesia is not an option: “It was so very long ago, this seems to say, we don’t need to dredge it up.”

Levy’s writing – fresh, fast and contemporary – belies such disingenuous thinking. And she never “dredges”: she confronts the Britain of today head on. Our Caribbean connections, painful and appalling in their origins, are also to be celebrated. The ideas, creativity and vigour of immigrants make Britain vital and modern and outward-looking. Little Englanders – and Little Scotlanders – would do well to read Andrea Levy. This book, perhaps thanks to its brevity, is a good place to start.

The first two stories here do not address Levy’s central theme directly. It’s rather brave of her to include The Diary. As the naive title suggests, it is one of the first she ever wrote, and it shows. It is, to be blunt, not very good. But it is interesting to see how a writer develops; there are echoes and tropes here that we see her making better use of as she matures. By the second offering, Deborah, she surely has.

In other stories, Levy delves into the intricacies of colour – the “shadeocracy” of Caribbean societies both there and here. She depicts how racism breeds a kind of internal racism; the whiter you are the closer you’re associated with power and the old ruling class.

In That Polite Way English People Have she introduces us to Hortense, the future protagonist of Small Island, as she leaves Jamaica for London. Levy has an ear for snobberies, how, for instance, the aspirational immigrant hyper-corrects her language: “My employer assured me that [the coat] fitted me as if it had been made for I alone.” The story is hilarious, though we know we’re laughing at the wrong things as Hortense tries to make sense of the more dangerous snobberies and abuses of her English fellow travellers.

I find it curious, given her fascination by and knowledge of the extraordinary miscegeny and cultural fusion of the West Indies, that Levy never tells the story of her own name. There is clearly a Jewish connection. There is also a Scottish one, but the story of Scots in the New World is now being fully explored. Caribbean Jewry, on the other hand, is less well known but surely intriguing. Perhaps she is saving that rich seam for a future novel.

For the original report go to http://www.heraldscotland.com/books-poetry/reviews/andrea-levy-six-stories-and-an-essay-tinder-press.25842896