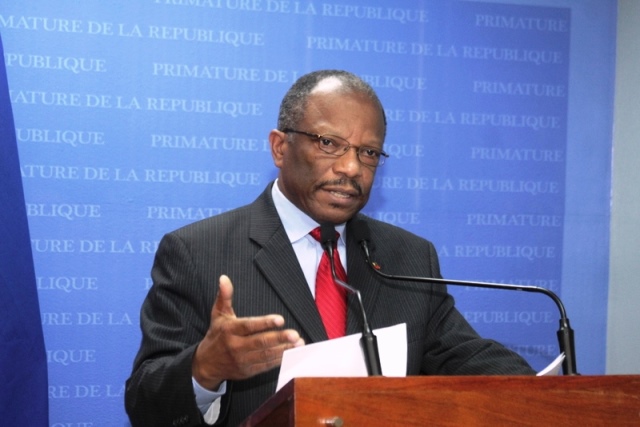 Following the decision of the Government of the Bahamas to repatriate Haitians living illegally on its territory, the Haitian government called on the Bahamian ambassador for consultation. Minister of Foreign Affairs Duly Brutus [photo above] is appealing to the Bahamas to uphold the rights of Haitians living and working in their territories.

Since November 1, the Bahamas government has been sending back undocumented Haitians who live on the islands. The Haitian government is worried about the new migration measures that directly affect hundreds of children of parents that have been placed in detention and are awaiting deportation. Minister Duly Brutus expressed concern and, in the context of the very good relationship that has existed between the two countries, demands respect for Haitian nationals, especially to the many children born on the Bahamian archipelago, who are now affected by these measures.

Nevertheless, Brutus underlined that they cannot request that the Bahamian government change their policies regarding repatriation and recognized that it is up to the Haitian government to implement measures designed to improve conditions in Haiti and to prevent “our compatriots from leaving the country to suffer humiliation in foreign lands.”

One of the measures includes help offered by other countries, such as Guadeloupe, which offered to build a new school in Haiti. In his visit to Guadeloupe in October, Brutus also discussed the possibility of Guadeloupe offering scholarships for Haitian students, among other ideas.

One thought on “Repatriation of Undocumented Haitians in the Bahamas”