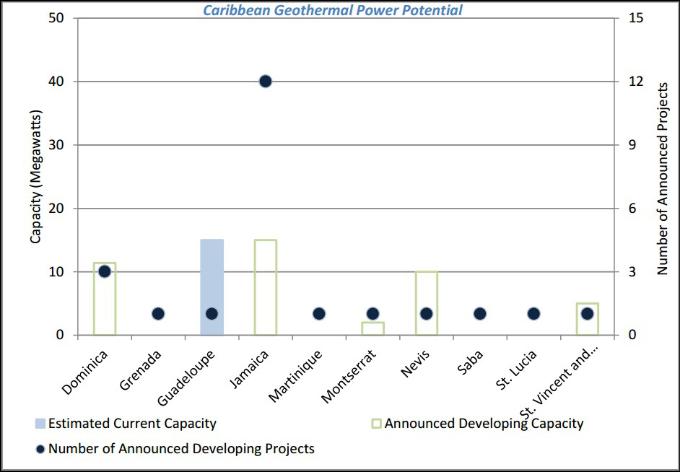 Leslie Blodgett (Office of the Geothermal Energy Association, Washington DC) writes about the potential for expansion of geothermal production in the Caribbean:

The Caribbean is well primed to expand in geothermal production. Most countries in the Caribbean rely on expensive oil for their energy needs, but the islands are situated on continental plate boundaries that indicate geothermal potential. Estimated potential in the area is 850 MW.

The figure [above] compares current installed geothermal capacity to “announced developing capacity,” the estimated power plant capacity reported for a specific site by a private company, government agency or contractor associated with the site. Read more on geothermal in the Caribbean and other developing nations here:  “The Status of Geothermal Power in Emerging Economies.”