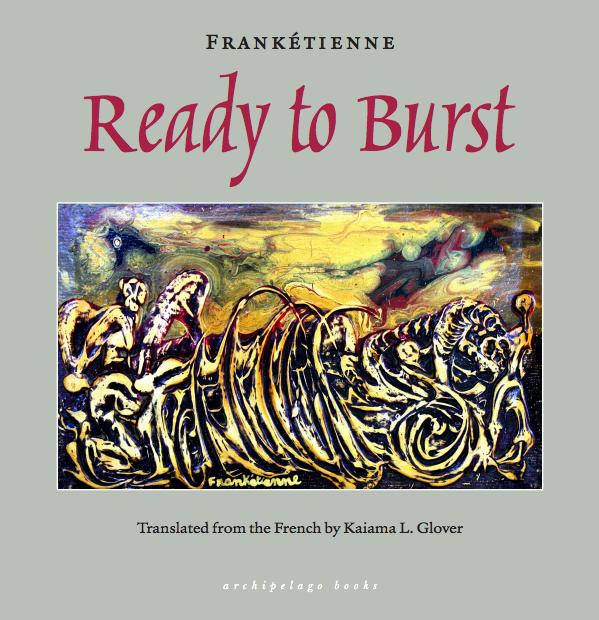 In October, readers will be able to purchase Frankétienne’s Ready to Burst (Archipelago Books) translated by Kaiama L. Glover. The original, Mûr à crever, was published in 1968; this is the first time the book is available in English. Prolific Haitian poet, novelist, visual artist, playwright, and musician Frankétienne considered by many to be the “father of Haitian letters.” His paintings have been exhibited internationally. He was recently featured at the Brooklyn Book Festival, where he spoke about his work [see previous post Brooklyn Book Festival: “Ready to Burst” with Frankétienne.]

Description: Ready to Burst tells the tale of a young man’s efforts to navigate the challenges of a deeply troubled society. The novel moves fluidly between his experiences and those of his alter ego, opening a window onto the absurd realities of a dictatorship. First published in 1968, Ready to Burst presents a sensitive critique of François Duvalier’s suffocating regime and its consequences for a generation of young people in Haiti. The novel offers at once an exquisite verbal painting of life within a specific context of terror and a vivid exploration of love, hope, and the delicate membrane between reality and dream.

Every day I use the dialect of lunatic hurricanes.
I speak the madness of clashing winds.
Every evening I use the patois of furious rains.
I speak the fury of waters in flood.