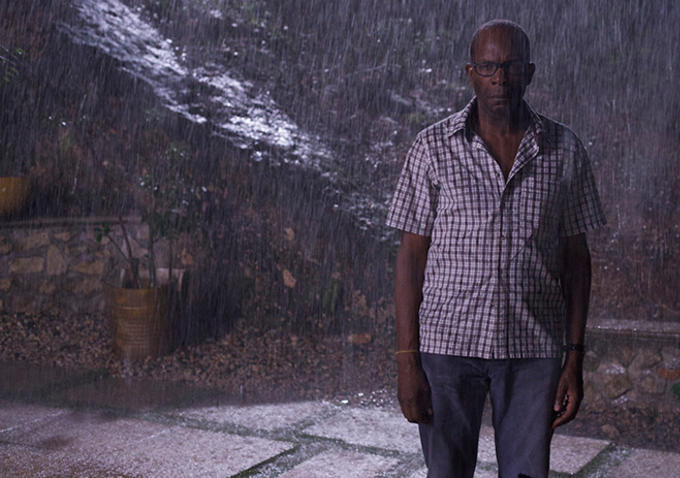 Set to make its world premiere at the 39th edition of the Toronto International Film Festival (TIFF) next month is Haitian filmmaker Raoul Peck’s latest work, titled “Murder in Pacot,” which we first alerted you to in May, when it was wrapping up principal photography, Tambay A. Obenson reports for indiwire.com.

The feature film is loosely inspired by Italian director, Pier Paolo Pasolini’s 1968 drama/mystery “Teorema,” which starred Terence Stamp as a mysterious stranger who injects himself into the home of a wealthy Italian family, and seduces everyone in it, including the maid, which leads to each of them reaching some unique epiphany, leaving viewers (and the characters in the film) wondering who this enigmatic, nameless visitor is: Christ, or the Devil?

Director Pasolini adapted the screenplay of “Teorema” from his own novel.

Peck’s “Murder In Pacot” will be set in a plush neighborhood in Port-au-Prince, Haïti, and will tell the story of an upper middle class couple struggling to rebuild their lives amid the rubbles of their luxurious home, which is now in ruins, after the earthquake, in 2010. In desperate need money, the two intellectuals decide to rent the still-standing part of their mansion to a high-level foreign relief worker of unspecified nationality. The man brings with him a beautiful 17 year old Haitian girl from a modest background, whose malevolence will eventually reveal itself.

The film is co-produced by ARTE, the World cinema Fund (France) and the European ACP.

It was shot in what was described as an exceptional location in Haiti: a three level Villa in a neighborhood already totally rebuilt; “A neighborhood I drove through everyday while shooting my documentary “Fatal Assistance,” is today hardly recognizable, and is the location of one of the most styled and selective Haitian hotels,” said Peck. That hotel being The Inn at Villa Bambou.

“Murder in Pacot” is a TIFF Masters selection for this year’s installment of the festival, one of the top movie showcases and a favored platform to unveil Oscar contenders, which will run from September 4-14.

Needless to say, I’m most certainly intrigued, and I’m looking forward to what Monsieur Peck has been cooking up for us next!

No trailer yet, but within this post you’ll find first official still images from the upcoming film.

For the original report go to http://blogs.indiewire.com/shadowandact/first-look-at-raoul-pecks-haiti-set-mystery-loosely-based-on-pier-paolo-pasolinis-teorema-20140819