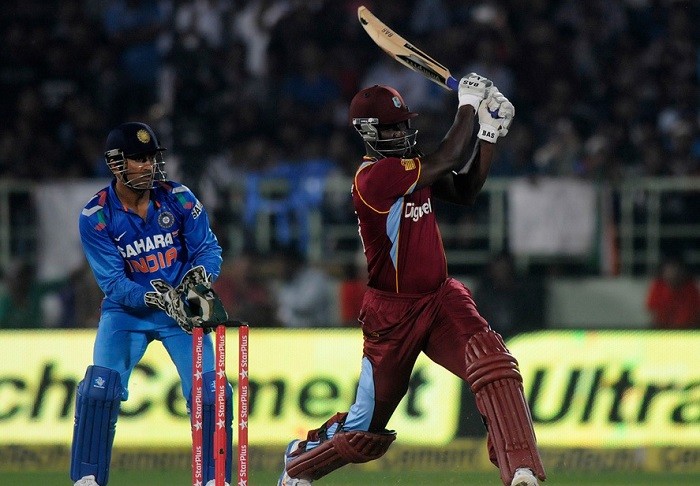 The Caribbean Premier League 2014 is well under way and games will continue until mid-August. Here, Viinode Mamcham waxes poetic about the recent nine-wicket victory of the T&T Red Steel over the St Lucia Zouks. The team was cheered on by Prime Minister Kamla Persad Bissessar herself. However, it’s not over yet; the T&T Red Steel will meet the St. Lucia Zouks again on Saturday, but this time on their home turf, St. Lucia.

Twenty-four years ago, Port-of-Spain was painted in red—the blood of an attempt coup. Yesterday, however, it was painted in red again—the love of a nation for the T&T Red Steel, who did not disappoint and gave them a wonderful nine-wicket victory over the St Lucia Zouks.

The battlefield this time was not the Red House but the Queen’s Park Oval and soldiers stationed at the venue were not involved in battle but were there to ensure that the exuberant fans did not rush onto the field after Red Steel registered their fifth win in the Limacol Caribbean Premier League (CPL) T20 tournament. After incisive bowling from Dwayne Bravo’s men restricted the Zouks to 136 for nine off their 20 overs, the home team romped to victory at 137 for one off 14.4 overs.

The assault by Evin Lewis and Kevin O’Brien could well spark an inquiry into the performance of the opposition, as they attacked with full force.

Lewis armed with a heavy BAS bat flayed the offerings from the Islanders and the white missile took to the air, landing among the civilians. He rushed to a half century off just 24 balls—hitting four sixes and four fours. This landmark, his second in successive games after his 72 against the Jamaica Tallawahs, all but ended the interest of the Zouks.

Lewis and O’Brien posted their century stand off just 10.4 overs and the fans were jumping. While the two batted, life in T&T looked perfect, as total strangers were hugging each other in the stands, celebrating the T&T Red Steel. Lewis fell just before the victory was formalised, getting 77 off 45 balls with 12 fours and two sixes.

O’Brien then brought up his second half century off the series off 40 balls with three sixes and three fours. He remained 55 not out at the end.

[. . .] The Red Steel, on the other hand, received a boost with the visit of Prime Minister Kamla Persad Bissessar lending her support, after two weeks of uncertainty as to whether the T&T brand could be used as part of the team’s name. The West Indies T20 captain stayed to the end and finished 46 not out off 35 balls with four sixes and one four.

[Photo above: Batsman Darren Sammy, whose St. Lucia Zouks will look to register their first win in the Caribbean Premier League against Red Steel on Monday; from http://www.ibtimes.co.in/cpl-t20-live-streaming-information-watch-red-steel-vs-st-lucia-zouks-online-605423]