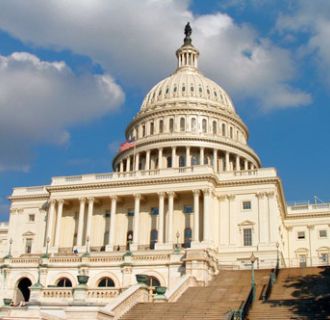 Resident Commissioner Pedro Pierluisi said he will raise the issue of a bailout for Puerto Rico in Congress. Here are excerpts from Caribbean Business:

Pierluisi, the island’s lone member of Congress, said he will gauge the sentiment among legislative leaders on Capitol Hill regarding potential aid to Puerto Rico to address a deep fiscal crisis amid an ongoing economic downturn dating back to 2006. “Congress has the power to investigate government actions that impact the economy of the United States, including its financial system. [. . .] Congress has the power to consider legislation to protect the nation’s economy.

Pierluisi has acknowledged there is a little enthusiasm for bailouts on Capitol Hill after Washington came to the rescue of Wall Street and the U.S. auto industry in recent years. “I’m going to measure the feeling among the leadership regarding whether Congress should intervene in the handling of the fiscal and economic crises facing Puerto Rico,” he said.

The U.S. Department of the Treasury has made clear that it is not considering a bailout for Puerto Rico as the island works to shore up its finances.

The Federal Reserve, meanwhile, has been keeping a close eye on Puerto Rico as it gauges risk levels in the $3.7 trillion U.S. municipal bond market. However, the central bank has little recourse to step in to help Puerto Rico.

The resident commissioner also said the congressional financial and judicial committees could set their signs on a new Puerto Rican law signed by Popular Democratic Party Gov. Alejandro García Padilla that allows public corporations to restructure their debts through a bankruptcy-like process in local courts. Pierluisi, who heads the statehood New Progressive Party, has been critical of the so-called “criollo bankruptcy” law.

The law has sparked a wave of credit downgrades by Wall Street credit ratings agencies. [. . .]