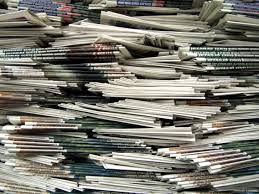 This year’s Recovery conference will explore the press and print culture among Latinos, whether in forging their identity as an ethnic group or nationality, a social or economic class, a race or gender, or as a transnational group, perhaps supporting Pan Hispanism or Pan Americanism. Of particular interest will be the use of periodicals in the creation of a literature, an intellectual tradition and/or a political ideology. Equally of interest are the means of reaching Latino communities through print, such as marketing and distribution, social and political associations and gatherings, exchange circuits and agreements among periodicals, and of course the writers affiliated  with the periodicals and the particular genres that were suited to this type of publication. The means of preserving and making accessible these publications to today’s scholars and students may be discussed, as well as the archival management of these publications.

[Many thanks to Sophie Maríñez for bringing this item to our attention.]