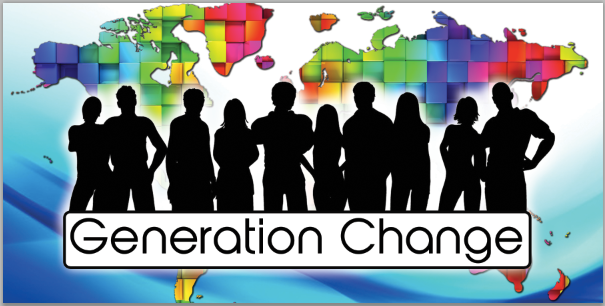 Colin Stewart posted this story in his blog, Erasing 76 Crimes. Follow the link below for the blog, the original article, and a gallery of photographs form the meeting.

Youthful leaders from Caribbean countries with anti-gay laws met last weekend in Port-of-Spain, Trinidad, where they signed a declaration seeking greater social acceptance of LGBT people and the repeal of unfair laws against them.

Youthful members of the LGBT communities heard first-hand descriptions of the discrimination that LGBT people face on a daily basis in Barbados, Trinidad and Tobago, Guyana, Jamaica, St. Lucia and Belize.

The gathering marked the launch of the Caribbean initiative “Generation Change,” which seeks fair treatment for LGBT people.

“The younger generation of LGBT people are not prepared to wait forever to be treated equally,” said Jeremy Steffan Edwards, one of the organizers of the gathering. “We are not asking for any special rights, just the same rights as every other Caribbean citizen. It’s our future and it’s time for those who can make change happen to do so.”

In signing a Declaration of Intent, the youthful activists resolved to “share information and come up with a united approach to improving social acceptance of the LGBT and changing unfair laws against them,” Newsday of Trinidad and Tobago reported.

Participants heard these descriptions of six Caribbean nations, according to a Kaleidoscope Trust news account. Information about the countries’ laws is from ILGA.

In response to an appeal from the local LGBT group B-GLAD, Prime Minister Freundel Stuart declared that he will remain dedicated to lobbying, both regionally and internationally against discrimination against any Barbadian citizen, including LGBT.

Yet Donnya Piggott from B-GLAD says, “The laws still discriminate and sometimes the police do not take attacks or threats against LGBT people seriously. The situation causes great physical, emotional and psychological damage.”

Prime Minister Mrs Kamla Persad-Bisessar was on record in 2012 saying she wanted the National Gender Policy to “forge the way forward for Trinidad and Tobago as my government seeks to put an end to all discrimination based on gender or sexual orientation”.

Rian Merrick of the Silver Lining Foundation said, “Despite the PM’s words young LGBT persons and LGBT advocates were compelled to argue before a National Constitutional Reform Commission that their recognition under the law should not need to be up for discussion.

“The priority is to find ways in which discrimination and prejudice can be reduced.”

Same-sex intimacy can carry penalties of up to ten years in jail. Christian fundamentalists continue to fight every effort to change attitudes and the law.

But Jassica St Rose from United and Strong in St.Lucia said she believed change was driven by the actions of youth who by their very naturae are revolutionary, always challenging norms and values.

Under the laws of St. Lucia, same-sex intercourse between men and other same-sex relations are punishable by 10 years in prison.

The media often describes Jamaica as one of the most homophobic nations in the world and the conference saw footage of LGBT youth forced to live in drains under the city.

Jae Nelson of the Jamaica Youth Network said, “Young people are visibly defiant to status quo-a kind of way being that says that there is only one way of being; that some of us are more equal than others and that those who are LGBT do not belong in our society. Many young people are doing this by just embracing their lesbian and gay friends, being open about their sexuality and declaring they believe in equal rights and justice for all.”

Caleb Orozco, who is challenging the discriminatory laws in his country was unable to attend at the last minute.

But in a speech read on his behalf he reported that LGBT youth had been physically attacked and faced mockery, ridicule and a denial of their rights to free expression.

He said: “The struggle of the Caribbean LGBT youth is a struggle of invisibility, quiet resistance and passive protest that has its foundation in the need to protect individual expression and dignity.”

Under the laws of Belize, “intercourse against the order of nature” is punishable by 10 years in prison.

The conference heard testimony from Ceara Roopchand of Caribbean American Domestic Violence Awareness (CADVA). She said that same-sex couples and transgender people were able to enjoy the freedom to socialise in some parts of Georgetown and other areas, but that abuse and harassment were still common, including from police officers.

For the original report go to http://76crimes.com/2014/06/13/caribbean-youths-seek-repeal-of-6-nations-anti-gay-laws/