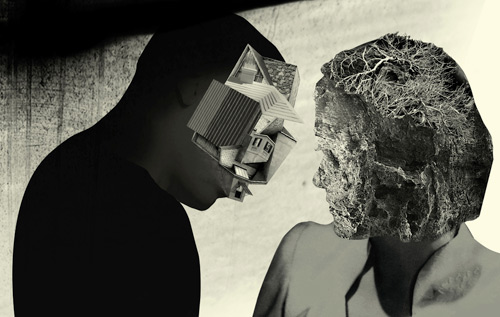 This article by Sarah Lagan appeared in Bermuda’s Sun. Follow the link below for the original report. Many thanks to Peter Jordens for bringing this item to our attention.

Rock fever is a well-known — albeit temorary — affliction in Bermuda yet islanders often speak of how they live on the edge of paradise.

The Bermuda National Gallery’s upcoming Biennial addresses the many conflicting perceptions of island life and allows them to inform the artwork displayed.

This is the first time in its 11-year history that the biennial has taken on a theme and it is titled A View From The Edge.

Hence the work, created by Bermudians and residents has a sense of island vernacular through mediums as diverse as paint and photography to installation and video.

BNG director Lisa Howie told the Bermuda Sun: “We are asking artists certain questions — if sense of identity has been informed by their geography, if they found the notion of an island or being an islander was one that was either limiting or limitless and if there was any paradox of this feeling or idea of say whether they felt trapped or liberated. It really was a question of both simultaneous identity and perspective.”

In another first for the show, it will be spread across two galleries this year — BNG East opening on June 15 and BNG City Hall opening on June 20. The artists were encouraged to take their own risks in the creation of their work.

Jurors this year are Isolde Brielmaier — an NYU visiting professor and Amanda Coulson — director of the National Art Gallery of the Bahamas. Former juror Franklin Sirmans to the island to do a talk on June 20.

An overview of the Biennial artists and their work is based on their initial concepts:

When you get into the language of the poem it is about getting to the very edge of our existence historically, geographically…

He teases the existential quality of existence on an island. He is interested in process.

He says his work is: “A glimpse at our anxious culture”.

He will have traditional bermuda kites hanging from a tree for a period of time until their state of decay forces the object to be removed.

He is interested in the idea of where does our past go — does it remain ungrounded or do we bring it to the fore?

For the original report go to http://www.bermudasun.bm/Content/LIFESTYLE/Arts—Entertainment/Article/Biennial-explores-conflicts-in-island-life/9/908/78276