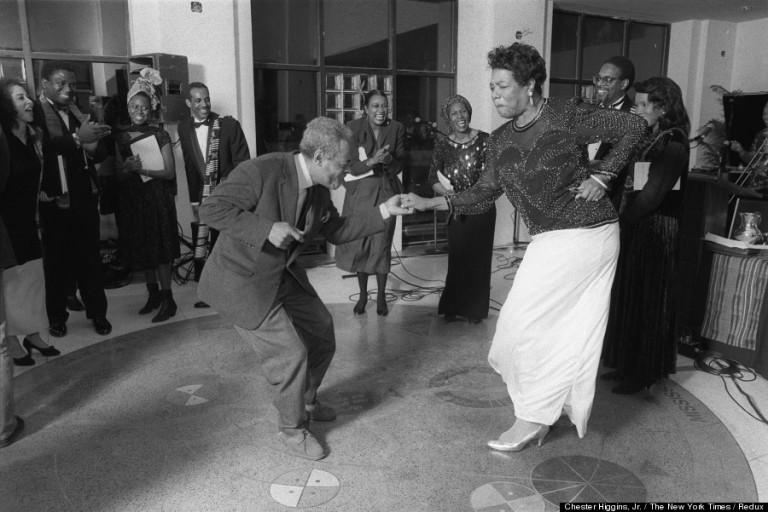 Diane Abbott dedicated her column in Jamaica’s Observer to a celebration of Maya Angelou and her Caribbean roots.

THE death of American writer, performer and activist Maya Angelou at 86, has rightly prompted an outpouring of appreciation of her life and work. I knew her for over 25 years and the praise was well merited.

She was not necessarily the best poet and writer of her era. But she published seven autobiographies, three books of essays and several books of poetry. She produced innumerable plays, movies and television shows over a 50-year career. Her work encapsulated important truths about her society. And her statuesque presence and engaging performing skills made her an iconic figure.

In the later years of her career she was taken up by US television superstar Oprah Winfrey. This kept Angelou’s public profile high, well into her 80s. Probably the highlight of her career was being invited to perform a poem at the 1983 inauguration of Bill Clinton.

A not so auspicious time in her career was her determined support for Hillary Clinton in the contest with Barack Obama for the Democratic presidential nomination. It was surprising that someone who made so much of her link to important black civil rights figures like Martin Luther King refused initially to support a black man for the presidency.

But Angelou was a creature of her era. She had come to prominence at a time when no black person could succeed without a powerful patron. And the Clintons had been her patrons for so long that she could not tear herself away.

But President Obama gracefully responded to her death by saying: “Over the course of her remarkable life, Maya was many things — an author, poet, civil rights activist, playwright, actress, director, composer, singer and dancer. But above all, she was a storyteller, and her greatest stories were true. A childhood of suffering and abuse actually drove her to stop speaking, but the voice she found helped generations of Americans find their rainbow amidst the clouds, and inspired the rest of us to be our best selves.”

I first met Angelou in London. She was not as famous then as she later became, but she had a small but enthusiastic group of supporters in London. They would gather around her enthralled when she went into one of her long anecdotes.

Over the years I met her on a number of occasions and was privileged to be hosted at her home in Winston Salem in North Carolina. She was everything the eulogies said she was — hugely charismatic and a performer to her fingertips.

What many people do not know about Maya Angelou is that she has deep Caribbean roots. Her grandfather on her mother’s side came from Trinidad and he apparently had a strong Caribbean accent all his life. In an interview with the Trinidad Express in 2010 Angelou said “I learnt a lot about Trinidad’s culture from my mother, particularly the food and the recipes. I learnt to cook the codfish, the ochroes and the greens. And my best friend, the famous writer Paule Marshall, is also West Indian.”

Remarkably, Maya Angelou was vibrant and engaged to the end. We should all hope to lead such a full and long life.

For the original report go to http://www.jamaicaobserver.com/columns/America-s-Miss-Lou_16766131