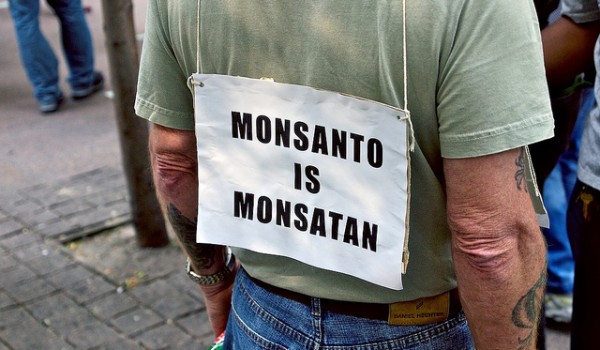 A demonstration held yesterday in San Juan, Puerto Rico helped the international protest called against Monsanto to reject that company from providing products for agriculture and in general against genetically modified (GM) crops, The Costa Rica News reports.

The march was organized in Puerto Rico by the multisectoral group Nothing Santo About Monsanto, whose spokesman, agronomist Ian Pagan, said that the aim of the event is to raise awareness of the threat of genetically modified foods and their effects on health.

Pagan said that on the Caribbean island the problem is more serious since about 60% of the products found in supermarkets in Puerto Rico have been genetically modified.

The agronomist stressed that in recent years Puerto Rico has become a global center of experimental GM crops on large tracts of land on the island dedicated to genetic modification, a fact, he said, that is little known by the local public.

He indicated that with today’s march, which went from the Luis Muñoz Marín of the Capital Park to the Capital – the seat of the legislative – also a local bill is supported that, if passed, will require that all genetically modified food needs to bear the corresponding label that says so.

He requested to use GM-free seeds and that the use of glyphosate as a herbicide and pesticide in Puerto Rico be stopped.

“We are marching so that the people are aware of the danger of these companies to health and our food security,” he emphasized.

For the original report go to http://thecostaricanews.com/puerto-ricans-rally-against-monsanto-and-genetically-modified-foods/20215