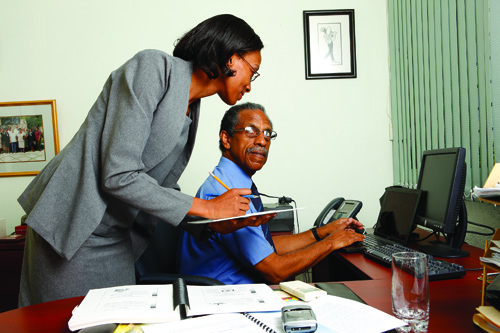 The firing of Prof Brendan Bain has become a matter of deep controversy in Jamaica, with coverage adding to the controversy. Here is an article from Trinidad’s Guardian that lays out the basis of the controversy.

Prof Brendan Bain has been fired from the University of the West Indies, Mona, for making statements that HIV/Aids was significantly higher among men who have sex with men (MSM). The Trinidad-born Bain is regarded as a pioneer in clinical infectious disease practice in the Caribbean and a leading medical authority on the HIV epidemic, Trinidad’s Guardian reports.

A statement issued by UWI yesterday said the issue arose about two years ago in a high-profile case in which Caleb Orozco, a gay man from Belize, challenged the constitutionality of an 1861 law that criminalised MSM. Bain’s dismissal came on the heels of calls by gay advocacy and civil rights groups for the university to sack the professor. Bain provided testimony on behalf of a group of churches seeking to retain the 1861 law which many believed contributed to the continued criminalisation and stigmatisation of MSM.

“The majority of HIV and public health experts believe that criminalising men having sex with men and discriminating against them violates their human rights, puts them at even higher risk, reduces their access to services, forces the HIV epidemic underground, thereby increasing the HIV risk.

“These are the positions advocated by the UN, Unaids, WHO, Paho, the international human rights communities and Pancap (the Pan Caribbean Partnership against Aids) which are the organisations leading the regional response to the HIV epidemic,” the UWI statement said. It said while the university recognised Bain’s right to provide expert testimony, “it has become increasingly evident that Prof Bain has lost the confidence and support of a significant sector of the community.”

The university said that it was for this reason that it decided to terminate Bain’s contract at the Regional Co-ordinating Unit of the Caribbean HIV/Training Network. The Jamaican Observer had reported Orozco said in his affidavit that he is president of the United Belize Advocacy Movement (UNIBAM) and the law violated his right to the recognition of human dignity, to personal privacy and the privacy of the home guaranteed by the Belize constitution.

For the original report go to http://www.guardian.co.tt/news/2014-05-21/hiv-expert-fired-uwi-statements-about-gays