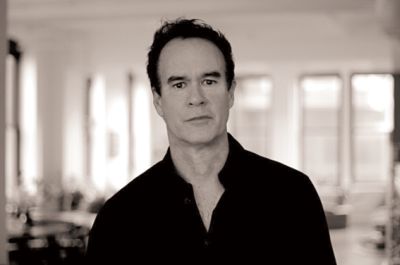 The 2014 Bocas Lit Fest Fiction prizewinner, As Flies to Whatless Boys by Robert Antoni, confirms the promise of his first (Commonwealth Prize-winning) novel of 1992, Divina Trace.

While it can be read strictly as Caribbean fiction (a local setting; Creole voices; an American-born author of Trini parentage) Whatless Boys also functions variously as metafiction (a genre which self-consciously highlights a text’s status as an artefact, foregrounding the fictitiousness of fiction); oral literature; a (postcolonial) critique of Utopian fantasies and the inscription of the New World; a multilayered inquiry into language, silence, talk, and the shifting definitions of literature itself in the digital age.

With a timeline that slides between 1845/6, 1881 and 2010, Whatless Boys incorporates multi-texts: press clippings and archival material, e-mail messages, photocopies, letters, maps (printed and hand drawn), diagrams, recipes, receipts, messages drawn in the sand and a note written on 17 separate notepad pages thrown from a window, which need reassembling for sense. But like a worthy postmodern script, it “literally” moves beyond the page and into other media, with Web site connections to two short films; a play; a literary review and patented diagrams of two inventions, which figure prominently in the novel: German inventor John Etzler’s Naval Automaton and Satellite.

Linguistically, the novel is pure coscomel, a kitsch combo of 19th- and 21st-century Standard (proper), vernacular and German “infected” English; emerging Trinidad English Creole and new millennium Trini text talk. Orality (“What the a–e”) mixes easily with the literary, and local readers may be delighted to come across many Creolisms, which are disappearing from currency: obzockee, bazodee, geegeeree, assassataps and others like the “whatless” of the title, which cause us to halt and question orthography and spelling: too-tool-bay, bosée-backed, tout baghi, toe tee. As signifiers in a meta/postcolonial text, these usually playful insertions help frame Antoni’s subversive subaltern counter discourse to the dominance of “Proper” English; his validation of language variety- specifically the use of Creole—and ultimately the creativity and status of Caribbean and other postcolonial literatures.

But Whatless Boys didn’t win for all the boxes it ticks off in postmodern literary/cultural studies, it’s a winner because it tells so many stories (oral, true, factional, fabricated) and involves readers in the fiction of fiction. Long after the modernist rejection of the novel, it reminds us that storytelling is fundamental to the human condition, regardless of theoretical fashion and in whatever forms it assumes.

As Willy Tucker (great great-grandfather of the author) muses towards the end, after his father’s tale of how the family came to Trinidad: “We sat in silence, exhausted, filled-up. We didn’t move. We couldn’t have moved—not a muscle—because we didn’t exist yet. Neither me nor him. Only the story existed, during those few final moments of silence after my father’s voice had come to a halt…he wanted me to know that it belonged to me too. It was my story now, same as his. But I realised something else…I realised that the story was far from finished. Far from ended. It was simply resting, sleeping in its pasteboard box. Because all I had to do was lift open the cover to wake it up.”

In one sense Whatless Boys is part family history, initiated by the contemporary Yankee researcher Robert Antoni, the “Mr Robot” of a series of erotic e-mails sent by Miss Ramsol, director of the T&T National Archives, which besides introducing the voice of 21st-century Trinidad and its text speak, also deflate any literary pretentiousness (“so mr robot I cant WAIT 2 show it 2 u & I would be holding it PERSONAL in my office at de back of de archives, cause dis is surely de most important & exciting piece of news & HISTORICAL ARTIFAC u find yet 4 u research pon u family here in t’dad, & I want to see de look pon u face when u read it…ps I would be holding dis photocopy 4 u in my back office just as I say & wearing my dental floss panties 4 u & me 2 celebrate 2gether 2!!!”).

But the central narrative concerns the love affair between 15-year-old William Sanger Tucker and the mute 19-year-old Marguerite, both members of the English-based 1845 Tropical Emigration Society’s disastrous attempt to establish a quasi-Utopian, socialist settlement in the New World. Brainchild of genius/charlatan German engineer John Etzler and his more practically-minded associate Conrad Stollmeyer, the settlement offered a return to an Edenic paradise for disenchanted English artisans, based on the labour-saving potential of two of Etzler’s totally impractical inventions—for the land excavating Satellite and the sea-devouring Naval Automaton—both powered by natural energy.

If Etzler’s delusions are reminiscent of magical realism and recall western New World exotic fantasies from More’s Utopia (1516) and Shakespeare’s Tempest (1610) to Defoe’s Robinson Crusoe (1719) and onwards, the Willy–Marguerite romance, like the story of Miss Ramsol’s Fatel Rozack antecedents, highlights the possibility of transgressing class and caste offered by emergent Trinidad. Marguerite’s muteness also ironically questions assumptions both about orality and writing (“who needs to talk anyway? Since you could write down everything you had to say quick and easy enough? Clear and simple & fixed there solid on the page without a chance of misconception neither? Because what-the-arse-good has talk ever done anybody? So many people always flapping they traps? So much wasted breath? Brainless babble?”)

If talk is cheap, or even futile, writing is not much better, as Willy discovers attempting a persuasive letter to Marguerite; “…inevitably, unavoidably, I came to understand the truth: writing is impossible. It’s unbearable. The difficulty of writing down anything a-tall. With any kinda accuracy, or meaning, or any kinda worth. Any kinda content.”

While posing the dilemma of written communication, or any communication, Antoni has succeeded in delivering a text which ironically references so many of the concerns and controversies of postmodern literature, while humorously weaving stories, voices and languages which make Whatless Boys a contending classic of postcolonial literature.

For the original report go to http://www.guardian.co.tt/lifestyle/2014-04-23/worthy-whatlessness