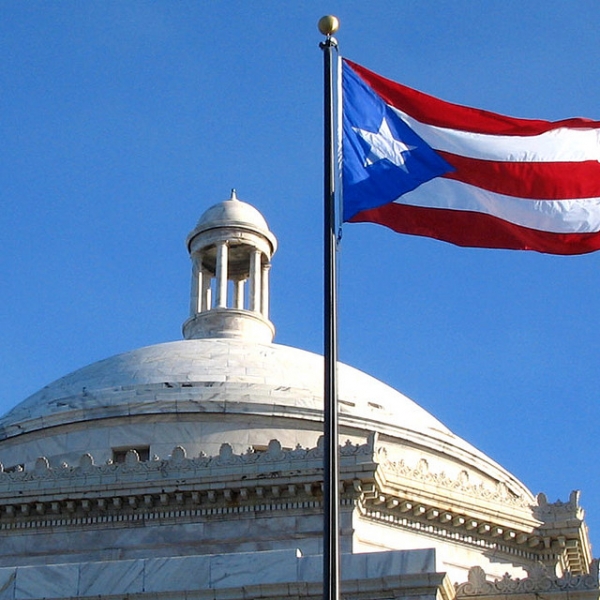 In “Puerto Rican Government Tries to Seduce Wealthy US Investors,” Robert C. Weich III writes that the Puerto Rico government is trying to persuade wealthy investors to invest in the U.S. territory at a two-day conference. He is referring to the recent 2014 Puerto Rico Investment Summit in San Juan, Puerto Rico [also see previous post John Paulson Calls Puerto Rico Singapore of Caribbean]. As proof of this seductions, Weich mentions hedge fund billionaire John Paulson, who is investing $260 million this year on two hotels on the capital. My question is ‘Who’s seducing?’ Must the island always be compared to a sultry seductress? Here are excerpts with a link to the full article below:

About 200 executives attended the two-day conference that began on Thursday, most of them from the U.S. Paulson’s company, and Puerto Rico’s Department of Economic Development & Commerce organized the meeting.

Puerto Rico hoped to attract investmentors with the business summit. One major benefit to investing in Puerto Rico is a law that allows new residents to avoid taxes on capital gains. Capital gains are the main revenue source for many high-end investors. Paulson believes Puerto Rico’s economy is getting better and will reach its peak in three to four years.

[. . .] Puerto Rico has been hit hard by the poor economy. The 14.7 percent unemployment rate is worse than any U.S. state, and it holds $70 billion in public debt. Even so, the island was able to sell a record $3.5 billion in bonds in March.

U.S. investors are awaiting a budget proposal from Garcia on Tuesday. Garcia promises a balanced budget, the first one in more than 20 years. He also pledged to eliminate an $820 million deficit, but his plan to do so is unknown. Garcia believes he will erase that deficit without layoffs; his focus is on big investors bringing new money to the archipelago. “This is not only about keeping government spending in line, but about generating wealth in Puerto Rico, job investment and trade,” he said. “It’s this economic activity that at the end of the day will make a difference.”

One example of a big investor is Nicholas Prouty of Putnam Bridge Funding. His company invested $450 million on a renovation of a marina complex in Fajardo. Prouty also moved to Puerto Rico from Connecticut, surprising his friends in the U.S. [. . .] Prouty was one of the speakers explaining the benefits of investing in Puerto Rico. He and other speakers highlighted tax benefits, private schools and bilingual and skilled workers on the island. Attendees of the conference received brochures bragging of homes with ocean views and cultural events in Puerto Rico.

Recent investment announcements by Lufthansa of Germany and Honeywell Aerospace of Arizona has pleased the Puerto Rican government. Lufthansa is planning a $20 million investment and a new aviation facility while Honeywell will invest $24 million.