“Saving Goat Islands, Jamaica” is a beautiful article posted by the International League of Conservation Photographers on the National Geographic blog (22 April 2014) and we cannot do it justice here. I have chosen a few excerpts but I recommend a closer look at the full article and the magnificent array of photographs by Robin Moore.

“You’ve got to respect another life, so that the other life can respect yours,” says Booms, whose real name is Mr. Kenroy Williams, a young Jamaican who has devoted the past seven years of his life to protecting some of the rarest reptiles in the world, and the largest living land animal in the country; the critically endangered Jamaican iguana. “Some of my friends think I am crazy, when they hear that I am touching the iguanas and the crocodiles. But if they were here like me, they would understand, and they would do everything that I am doing”.

Following its rediscovery the iguana became a flagship for conservation in the West Indies, and the focus of an international recovery program. A consortium of twelve zoos, spearheaded by the Fort Worth Zoo in Texas, built a headstart facility at Hope Zoo in Kingston to rear eggs and hatchlings brought from the wild. This process of “headstarting” involves rearing hatchling iguanas in captivity to release them back into the wild once they are big enough to ward off predators. Since the first release in 1997, 174 headstarted Jamaican iguanas have been set free into their native Hellshire Hills habitat, and researchers have confirmed that headstarted iguanas are breeding and nesting in the wild.

The Jamaican iguana shares its home, a 187,515-hectare area containing one of the largest dry limestone forests in the Caribbean and the largest intact mangrove forest in the country, with some 20 globally threatened species. Recognizing the importance of the area as a national treasure, in 1999 the Jamaican government created the Portland Bight Protected Area (PBPA), the largest Protected Area in the country, encompassing the Hellshire Hills and Portland Ridge Key Biodiversity Areas (KBAs), defined by IUCN as “places of international importance for the conservation of biodiversity through protected areas and other governance mechanisms”. The area was deemed so special that it was under consideration as a UNESCO Biosphere Reserve, until last year when the government backtracked on the proposal, signifying an ominous change of plans for the area.

Despite being protected under four laws and containing two forest reserves, six game sanctuaries, and three fish sanctuaries, the government announced in August that it was engaged in negotiations to sell Goat Islands to the China Harbour Engineering Company (a subsidiary of the China Communications Construction Company, which is on the list of companies disbarred by the World Bank) to build a massive transshipment port and associated logistics hub – right in the heart of the Portland Bight Protected Area. 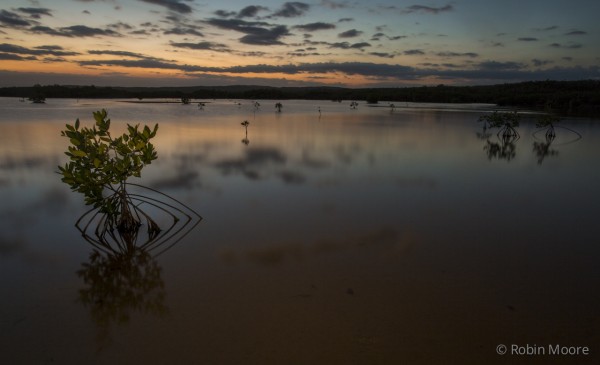 [. . .] Only the brave in Jamaica dare speak out against the proposed sale of Goat Islands, risking accusations of xenophobia and of being anti-development. Dr. Byron Wilson, who has devoted over a decade of his life to protecting the Jamaican iguana and in recent years has jeopardized his academic career at the University of the West Indies by expressing opposition to something that will see more than twenty years of hard work “go up in smoke”. As we sit on the remote Manatee Bay under a full moon, staring into a star-filled sky over the Caribbean he says, “the plan since the 1970s has been to clear Goat Islands of introduced predators and create a safe haven for threatened native species such as the iguana. That has been the dream. I probably won’t want to come back here soon. I just can’t stand the thought of sitting here, and hearing dynamite exploding over there,” he points in the direction of Goat Islands as he talks, “and seeing plumes of smoke over the horizon. I just can’t do it”. [. . .]