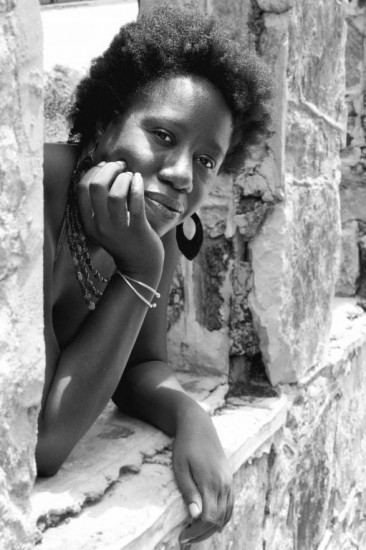 A British Council event features Caribbean writers Joanne C. Hillhouse (Antigua) and Ivory Kelly (Belize) with Scottish/Gaelic writer Martin MacIntyre in “The Untold Story: By Our Own Tongues” on Friday, April 11, 2014. The British Council Literature Team published an interview with Joanne C. Hillhouse, in anticipation of the event. Here, she speaks about Antigua, inspirations and languages. Here are a few excerpts; you can find the full interview in the link below:

Why did you become a writer, and what inspires you?  It’s not so much a why did I become as a how could I not… I’ve always been the girl with her head in a book and, when not in a book, whose vision turned inward to the stories in her head…soaking up the world around her, processing everything that happens to her through the ‘pen’…I don’t feel like I had a choice about being a writer and I don’t feel like I’d want to be anything else …not when I have this freedom on the page to interpret and imagine my world.[. . .] Everything I write is rooted in being a child of Ottos, Antigua…yet so much of what I write these days, and I just picked up on this, is about how much it’s all changing, and trying to figure out what those changes mean. So, there’s that uncertainty again. [. . .]

You write in English but dialogues are often written in Caribbean creole. How important is this for your work?  I write it as I hear it. In fact, one of the pieces I’ve been working on on and off has a very non-standard narrative voice. That will probably make it unpublishable …but like I said I don’t think about that too much when I’m writing as I don’t want to be restricted.

Thankfully, so far I haven’t been.

I think the dialogue in most of my work as written is important if I want the reader to hear it, to truly hear the character’s voice. The acceptance and the use of our mother tongue is still a struggle in the Caribbean where we’ve been colonized into this idea where it’s nothing more than bad English. Thankfully that way of thinking is changing, albeit slowly…but for me it’s never been a case of bad English, not when you’re talking about a language with a vocabulary and rules and history all its own, born out of a fusion of cultures, like so much else that makes us Caribbean.

I love when a non Caribbean reader hears it so well they forget they don’t know it and when a Caribbean reader hears it and it feels like home to them. Two reader reviews come to mind – this from a non Caribbean reader: “Even though the dialect wasn’t something I was used to at the end of the book I felt that I could go to Antigua and carry on a conversation with the best of them.” – and this from a Caribbean reader: “This book took me back home to Antigua and was very real to me. I enjoyed the use of language as the author placed her characters. In many ways the choice to use the island’s language is a statement about claiming one’s own identity.” More than that though, it matters to me to get the characters’ voices right, since so much of what I write is from character.

In your opinion, what are the biggest challenges that writers face today?  The challenges are as they’ve always been: time, money, space, more time, access, opportunity; though perhaps a little more so if you’re a black woman writer from a small island in the Caribbean sea…the biggest challenge then, in the face of insurmountable odds – including a rapidly transforming publishing landscape – is not losing hope, holding on to that thing some might call persistence and others might call obstinacy.