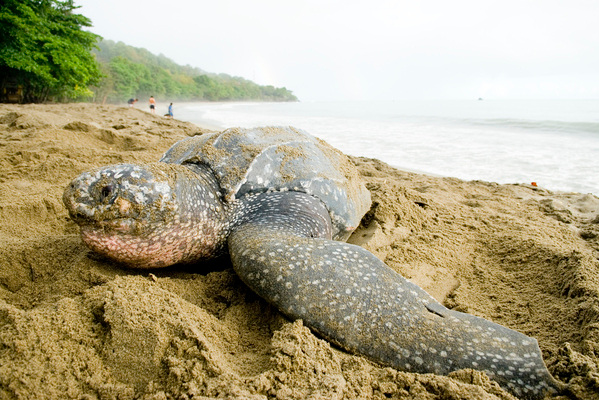 Conservation of green, hawksbill and leatherback sea turtles in the Caribbean is one of the projects nominated by EOCA and National Geographic Germany to receive funding to help them continue their operations. PacSafe, a manufacturer and retailer of smart travel gear, nominated LAST and WIDECAST to compete against projects in Armenia, Bonaire, Georgia, Madagascar, and Sumatra. [. . .]

According to online news daily El Pais, LAST and WIDECAST have been working together in a strong alliance to protect the sea turtles that massively arrive in the Caribbean for nesting. The Tortuguero National Park and Wildlife Refuge of Costa Rica is known around the world as a marine turtle sanctuary, but that is hardly the situation elsewhere along the coastline of the province of Limon.

The tragic murder of conservationist Jairo Mora Sandoval, a young man who bravely guarded sea turtle nesting sites in the Caribbean beaches of Costa Rica, has been very detrimental for the LAST-WIDECAST alliance. Most volunteers who help these two organizations actually pay for the opportunity to benefit sea turtles, and conservation groups working in Limon have noticed a sharp drop in volunteers since Jairo’s terrible demise.