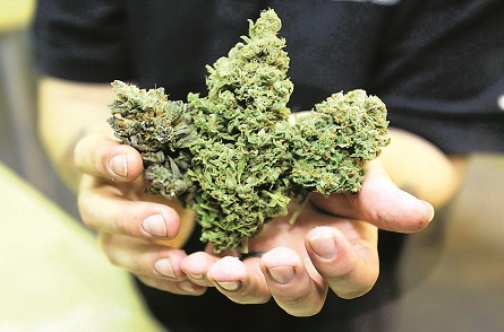 Blame it on Jamaica. According to the 2014 International Narcotics Control Strategy Report released by the United States, the US State Department said Jamaica continued to make slow progress in combating narcotics trafficking, corruption and organized crime in 2013.  It asserts that Jamaica remains the largest Caribbean supplier of marijuana to the US and other Caribbean islands, and that even though cocaine and synthetic drugs are not produced locally, Jamaica is a transit point for drugs trafficked from South America to North America and other international markets. In the article below, it is hard to tell whether the report focuses on the “inefficient criminal justice system” in both countries or only in Jamaica.

Washington said the Financial Investigation Division of the Ministry of Finance that, with new organization and leadership, ramped up its efforts to curb money laundering and seize criminally-acquired assets and also praised the Independent Commission of Investigations (INDECOM) which was successful in establishing its legal authority to prosecute police officers who illegally injure or kill citizens in the course of their duties.

“The momentum of progress gained within Jamaica’s law enforcement agencies, however, is being obstructed by the inability of prosecutors and the courts to keep apace and secure prompt convictions.  The United States will therefore continue to support efforts to reform and strengthen Jamaica’s criminal court system,” the report noted.

The report noted that in 2013, drug production and trafficking were both enabled and accompanied by organized crime, domestic and international gang activity, and police and government corruption. It said illicit drugs were also a common means of exchange for illegally-trafficked firearms entering the country, exacerbating Jamaica’s security situation. Drugs flow from and through Jamaica by maritime conveyance, air freight, and human couriers, and to a limited degree by private aircraft.

The report notes that factors that contribute to drug trafficking include the country’s convenient geographic position as a waypoint for narcotics trafficked from Latin America; its lengthy, rugged and difficult-to- patrol coastline; a high volume of tourist travel and airline traffic; its status as a major trans-shipment hub for maritime containerized cargo; inadequate educational and employment opportunities for at-risk youth who engage in crime; and a struggling economy that encourages marijuana cultivation in rural areas.

INEFFICIENT CRIMINAL JUSTICE SYSTEM: Washington said that while the government and law enforcement authorities are committed to combating narcotics and illicit trafficking, their efforts were only moderately effective in 2013 because of a lack of sufficient resources; corruption; an inefficient criminal justice system; and the inability of lawmakers to adopt meaningful legislation to combat corruption and gangs. [. . .]