As part of its Conferencias Caribeñas 14 lecture series, the Institute of Caribbean Studies of the University of Puerto Rico-Río Piedras (UPR-RP), invites the academic community and the general public to the lecture “Comparing Democracy and Elections in Cuba, Venezuela and the United States” by Arnold August.

A well-known journalist, writer, and lecturer based in Montreal, Canada, Arnold August is the recipient of the Distinción Félix Elmuza (2013)—Cuba’s highest award for journalism—and author of Cuba and its Neighbours: Democracy in Motion (2013) [see previous post, New Book: Arnold August’s “Cuba and its Neighbours—Democracy in Motion”]. Dr. Javier Colón Morera (Department of Political Science, UPR-RP) will present the speaker.

This activity will take place on Thursday, March 6, 2014, from 1:00 to 3:30pm at the Manuel Maldonado Denis Amphitheatre (CRA 108) of the Carmen Rivera de Alvarado Building, School of Social Sciences, UPR-RP. 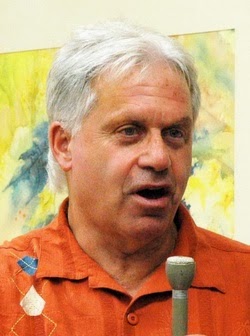 Description: The U.S. approach to democracy and elections is either promoted as the guiding norm for the world or simplistically dismissed as being money-driven. However, its real inner workings are exposed in this lecture through an original case study of Barack Obama. In different circumstances, Cuba has chosen another path to democracy and elections. Its initial stages, spearheaded by José Martí and others, can be traced back to the second half of the 19th century. The innovative 1959 armed revolution is a continuation of this, thus demonstrating Cuba’s capacity to renew itself. The Venezuela Bolivarian Revolution has been experimenting with yet another route to democracy since the 1998 elections.

[This lecture is co-sponsored by the Institute of Caribbean Studies, the Dean’s Office, the School of Social Sciences, the Department of Political Science, the Regional Library of the Caribbean—all at UPR-RP—and the journal El Post Antillano.]

This lecture will be broadcast LIVE online through the following website: http://www.ustream.tv/channel/cc71

Comments and suggestions on this presentation will be welcome at: iec@uprrp.edu

See the Institute of Caribbean Studies on Facebook at http://www.facebook.com/home.php?#%21/pages/Instituto-de-Estudios-del-Caribe-UPR/146169468754542?ref=sgm