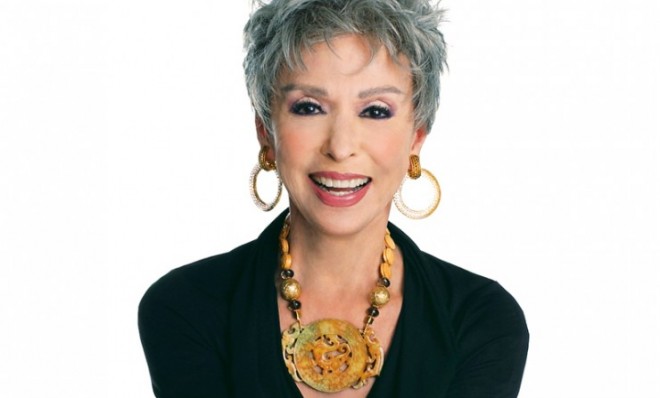 Legendary Puerto Rican actress Rita Moreno, who won an Oscar for her performance in “West Side Story,” told fans in New York City that the Hispanic community should provide more support to its artists, The Latin American Herald Tribune reports.

“The door is open, but the door is not sufficiently open. We still have to push it,” the 82-year-old Moreno told reporters, referring to the situation faced by Hispanic actors and actresses in the United States.

Moreno, who won the Oscar for Best Supporting Actress for her role as Anita in “West Side Story,” said the situation had improved for Hispanic performers since the 1960s, but the community needed to do more to support its artists.

“I made movies for a long time when I was young and I always had to have an accent. But that wasn’t the worst problem. If I played a Latina, I always had to be too sexy and too easy. I hated that,” the actress said.

“I knew that if I persevered, somebody would recognize my talent,” Moreno said, referring to some of the roles she accepted.

“That movie was one of a kind,” the Puerto Rican actress said.

Moreno shared her memories of the film with fans in Washington Heights, the Upper Manhattan neighborhood where she lived as a young woman.

“West Side Story” is being screened at the United Palace theater in Washington Heights.

Moreno was born in Puerto Rico and moved to New York with her mother when she was 5.

The actress, who is still working and will appear in the pilot for a new television show, told young people who dream of being movie stars to go to school so they have an education to fall back on.

“The three most important things are education, education and education,” Moreno said.