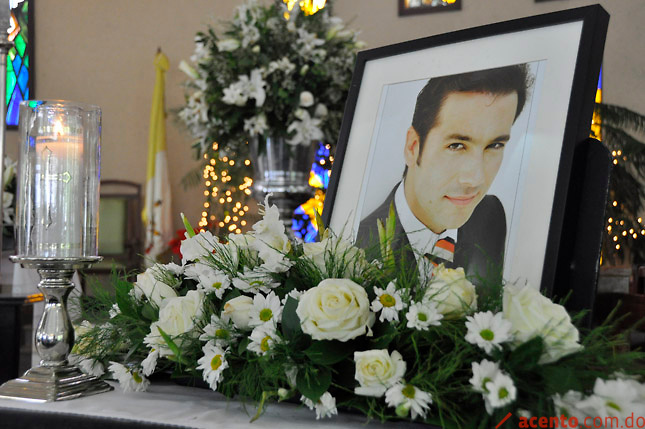 37-year-old Nasco was found dead on Dec. 13 in a cabin on the outskirts of Santo Domingo. Three young men with whom the newscaster had had sexual relations committed the crime.

Although the rage with which the crime was committed classifies this case as a hate crime, most of the media has classified it as a homicide due to robbery and it attributes these types of crimes to social exclusion, lack of employment, education and social upward mobility opportunities for young perpetrators.

For Leonardo Sánchez, President of the organization Amigos Siempre Amigos (ASA) which defends the rights of the LGBTI community, “homophobia is institutionalized” in the Dominican Republic.

“The entire system is designed and constructed not to recognize and to not allow the unity of the gay, lesbian, bisexual, and trans community,” said Sánchez in statements to the press.

According to ASA data, between 2006 and 2013 at least 26 hate crimes occurred and only two of the 13 cases taken to court by the association Trans Siempre Amigas (TRANSSA), which groups transsexuals, transvestite and transgender individuals, went to trial.

“Only two were investigated”, explained Sánchez. “The others fell through because families and the public prosecutor, who must investigate and condemn the crime, do nothing and do not follow through.”

In fact, one of the reasons why cases are not taken to court is because families are ashamed of their LGBTI family members and do not want their cases to become known.

“Once a homosexual is assassinated, the family leaves it at that, it does not follow through. So there is impunity; the family itself is responsible for that because it does not ask for justice for the death of its family member,” added Sánchez.

The alternative report on the situation of LGBTI persons in the Dominican Republic presented in 2012 to the United Nations Human Rights Committee highlighted that, while the Dominican constitution bans discrimination based on gender, skin color, age, disability, nationality, family ties, language, religion, political or philosophical opinion, social or personal condition, it does not specifically prohibit discrimination based on sexual orientation, gender identity and gender expression.

Cited in the document, Sánchez affirmed that “for all intents and purposes it is accepted that people have to be embarrassed or must hide their sexual preferences, especially in the workforce. In many companies, to obtain a promotion they are forced to marry. In the national congress, management positions are preferably held by married people with a family. Similarly, there are many unwritten rules that are imposed by custom.”

For the original report go to http://www.lapress.org/articles.asp?art=6968