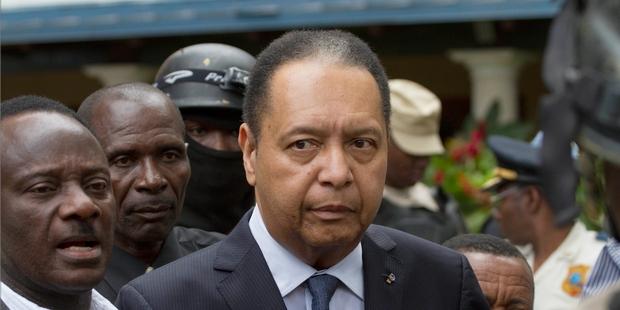 A lack of political will and unacceptable court delays are allowing Haiti’s former “president-for-life,” Jean-Claude Duvalier, to escape justice for human rights violations, Amnesty International and Human Rights Watch said today.
The authorities re-opened a criminal case against the former Haitian dictator three years ago, shortly after he returned to the country on 16 January 2011, following a 25-year exile in France. He faced charges of serious human rights violations such as murder and torture of political opponents, and of corruption. But the case has stalled for almost a year.
“It appears that the Haitian authorities have no intention of carrying out thorough investigations into Duvalier-era abuses,” said Javier Zúñiga, Amnesty International’s special adviser to regional programmes.
“The judicial process has stalled, denying victims of his reign of terror their right to truth, justice and reparation. To add insult to injury, Duvalier continues to take part in public events, often at the invitation of the Haitian government.”
Duvalier, also known as “Baby Doc,” inherited power from his father, the dictator François Duvalier, and ruled Haiti from 1971 to 1986. During his rule, Haitian life was marked by systematic human rights violations.
Hundreds of political prisoners held in a network of prisons known as the “triangle of death”, including the infamous Fort Dimanche, died from mistreatment or were victims of extrajudicial killings. Duvalier’s government repeatedly closed independent newspapers and radio stations. Journalists were beaten, in some cases tortured, jailed, and forced to leave the country.
He is also alleged to have embezzled between $300 million and $800 million of assets during his presidency.
In January 2012, an investigating judge ruled that Duvalier should stand trial before a lower court for misappropriation of public funds, but that the statute of limitations had expired on the human rights crimes he was accused of. Both the human rights victims and Duvalier appealed the decision. The appeal began on 13 December 2012.
Duvalier appeared before the Court of Appeal in Port-au-Prince on 28 February 2013, for the first time giving public testimony related to alleged crimes during his rule.
“In a country in which impunity for the worst crimes has been the norm, Duvalier’s presence in the court was a glimmer of hope for the victims and their families,” said Reed Brody, counsel and spokesperson at Human Rights Watch.
“The Haitian authorities have an obligation to prosecute these grave human rights violations. Crimes including torture, extrajudicial executions, and enforced disappearances are not subject to a statute of limitations.”
Between March and May 2013, eight victims gave testimony in court despite objections from Duvalier’s lawyers, who have filed an appeal in an effort to prevent the victims’ from exercising their right to participate in the proceedings as civil parties. Victims also faced the hostility of the public prosecutor who seemed to have aligned with the defense.
Testimony concluded in May, and the Court of Appeal’s decision has been pending ever since. Multiple sources have told Amnesty International and Human Rights Watch that the Court of Appeal is waiting for some other procedural steps to be carried out before issuing its ruling.
“Under Duvalier and his Tonton Macoutes militia, thousands were tortured, killed, and hundreds of thousands of Haitians fled into exile,” said Reed Brody.
“Duvalier’s victims shouldn’t have to keep waiting and hoping for justice that never comes.”
While the victims await the Court’s decision, Duvalier has been taking part in public events. Most recently, on 1 January 2014, he attended a state ceremony to celebrate Independence Day in the city of Gonaïves.
Former president Prosper Avril, a close Duvalier ally who came to power following a military coup in 1988 and ruled until 1990, also was there.  President Michel Martelly justified Duvalier’s and Avril’s invitations as important to promote national reconciliation.
“Reconciliation is not possible without justice, truth, and reparations,” said Javier Zúñiga.
“This move is seen by many as a blatant attempt by the Haitian authorities to rehabilitate this former dictator, and it only adds insult and injury to the thousands of victims of Duvalier’s rule.”

For the original report go to http://amnesty.org/en/news/haiti-lack-political-will-allows-ex-dictator-duvalier-escape-justice-2014-01-15