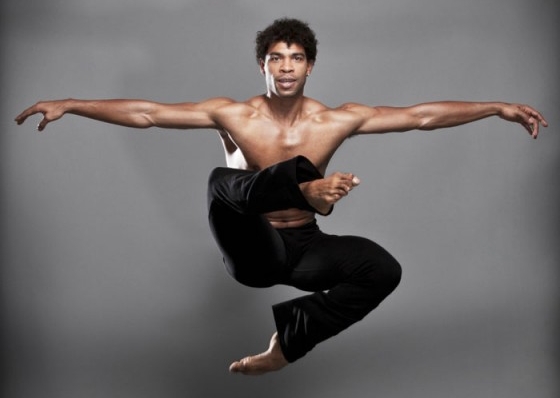 This is the latest commentary on  Cuban ballet dancer Carlos Acosta’s success with his 2013 novel Pig’s Foot. Jacqueline L. Scott (Anancy Magazine) writes that the novel, which was published in January 2013, is still climbing up the British book charts with his multi-generational family saga. His first book was his 2007 his autobiography, No Way Home. [Also see previous post, which includes an interview with the author: Carlos Acosta: Ballet dancer on debut novel “Pig’s Foot”.]

Carlos Acosta is one of those annoying people – everything he touches turns to gold. His first novel, Pig’s Foot, is steadily climbing up the British book charts. It is a multi-generational family saga covering 150 years of Cuban history. Part satire, bombast and magic realism the book turns family connections on their head. The hero finds that there are many ties that bind his parents to each other and the rest of the family. Not all the ties are wholesome.

Acosta’s own life is as magical as his novel. Born in Cuba he was the youngest of 11 slum children. His father sent him to dance school to escape the lure of the streets. Fast forward a few years later and Acosta is the principal male dancer with England’s Royal Ballet.

Acosta’s first book was his autobiography No Way Home – a Cuban Dancer’s Story. His writing talent was hinted at in the book. It is fully developed in his novel. Artistic gold flows through Acosta. He is an accomplished choreographer. He is also a budding film star. With his handsome face and lithe body he is the love interest in the new film Day of the Flowers.

[Many thanks to Rod Fusco and Jo Spalburg for bringing this item to our attention.]

Also see an excellent review by Jane Shilling at http://www.telegraph.co.uk/culture/books/fictionreviews/10397723/Pigs-Foot-by-Carlos-Acosta-an-earthy-debut-novel.html