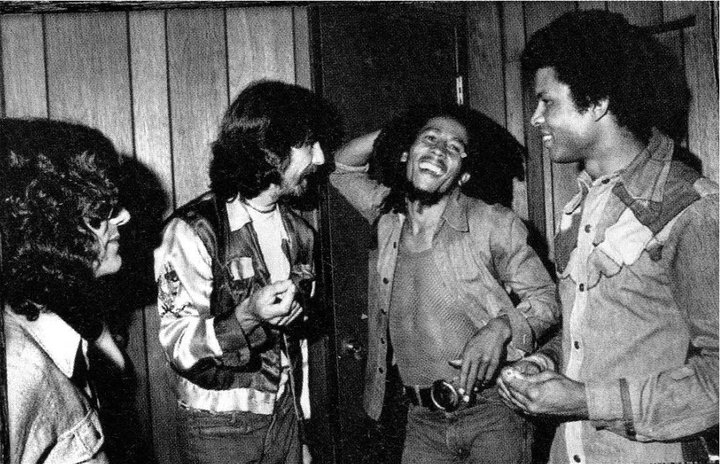 KM Fine Arts- Los Angeles is pleased to present Bob Marley: I and Eye, ThePhotos of Kim Gottlieb-Walker, 1975-1976.
Renowned underground photojournalist, Kim Gottlieb-Walker (b. 1947 Philadelphia, PA), has built a distinctive portfolio that includes many notable musicians and personalities of the ‘60s and ‘70s. Her ability to photographintimately in natural light has produced some of her most important photographs. The exhibition will focus on photographs documenting many never-before-seen performance shots and candid photographs of reggae, ska and rock steady legends in their home environment.
During 1975 and 1976, Kim and her husband, Jeff Walker who served as IslandRecords publicity head from 1974-1977, made historic trips to Jamaica and also had inside access to exclusive meetings being held in Los Angeles with recordlabel executives and the artists who would go on to define the genre and captivate a generation. Over these two years, Kim took iconic photographs of the artists who brought the reggae sound to the international stage, including Bunny Wailer, Lee “Scratch” Perry, Peter Tosh, Max Romeo, Augustus Pablo, Burning Spear, Toots Hibbert, The Heptones and of course Bob Marley.
“It was right about this time that Jeff and Kim began talking about a new kind of music, a wave of songs and culture coming from Jamaica. It was the future and it was as important as Dylan to the generation just before us. He was talking about ska, reggae and dub…and a group he called ‘The Beatles of Jamaica’ – Bob Marley and the Wailers. It had been noted that only Motown Records in the 1960’s could rival the plethora of street anthems and the sheer volume of local hits that came out of this small island in the late 1960s and early 70s. That explosion was in full evidence in the heady days of our 1976 trip. The music was more than a commercial enterprise – it was a lifestyle and a faith. It was about culture and the rhythm and roots of the rastafari movement. Kim was the first outsider tophotograph Marley and the young Jamaican masters around him, wildly creative artists who had previously seen a camera only as the wicked tool of tourists. Herphotos would soon fill the walls of record stores and clubs around the island.” – Cameron Crowe

Kim followed these musicians down dusty back roads, into the busiest recording studios and ventured out with them to the edges of secret beaches.
There have been many beautiful photographs of Bob Marley, but no one had the access to these artists this early in their careers that Kim had, and even fewer were invited into their homes. The trust and intimacy comes through powerfully in these photos.
Kim’s photos have been exhibited internationally and also displayed at the Jamaican Consulate in New York and the Cinematographers’ Guild exhibit at PHOTO LA. Bob Marley: I and Eye marks her first solo exhibition in Los Angeles. Curated by Cali Thornhill Dewitt, longtime member of the L.A. music community and owner of the indie record/publishing label Teenage Teardrops, the exhibition is open to the public from January 11 – February 18, 2014.