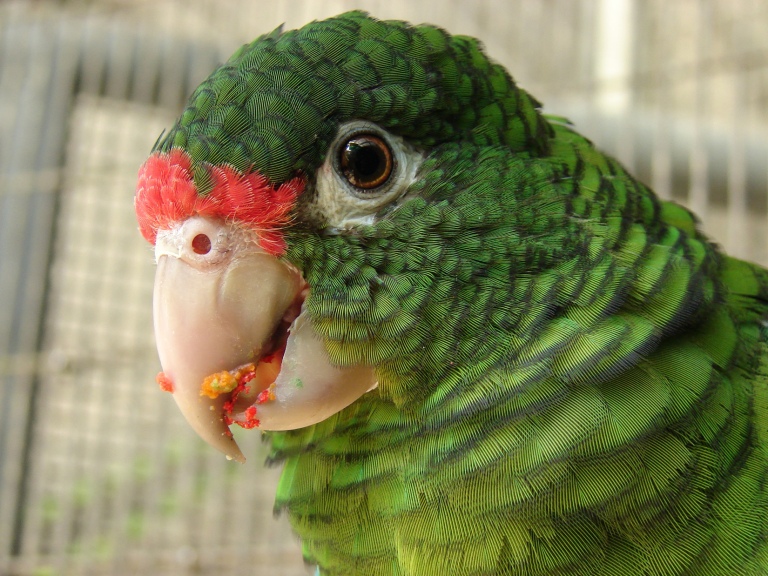 Puerto Rico’s Natural and Environmental Resources Department (DRNA) released 10 specimens of the Puerto Rican parrot into the wilds of Rio Abajo State Forest in an attempt to establish a colony of the species in the wooded limestone terrain on the northern side of the island, The Latin American Herald Tribune reports.
Over the past seven years, the DRNA has reintroduced specimens of the Puerto Rican parrot (Amazona vittata) into Rio Abajo State Forest as part of the recovery program for this endemic species.
“The establishment of a second population in Rio Abajo State Forest is an attempt to curb the probability of the Puerto Rican parrot’s extinction,” DRNA Secretary Carmen Guerrero said.
The official noted that the Puerto Rican parrot’s 2013 breeding season was historically successful.
“Researchers of the DRNA’s Puerto Rican Parrot Recovery Program documented that a pair of our native parrot species produced an active nest in a natural cavity. This year also saw a record number of 51 hatchlings in captivity,” the official said.
Guerrero recalled that the greatest number ever hatched in captivity were the 34 in 2011.
Meanwhile in the wild population the number of fledglings increased from 12 in the 2012 breeding season to 15 fledglings in the past 12 months, establishing the highest number living in the wild since the recovery program began.
The captive and wild populations of El Yunque National Forest and of Rio Abajo State Forest currently total some 500 specimens.
The Puerto Rican Parrot Recovery Program has served as a model and example for the rescue of other endangered avian species in Central and South America, Guerrero said.