Caribbean News Now published an article that highlights how cinnamon, cloves, ginger, and especially, nutmeg on the island of Grenada are “central ingredients in a burgeoning economic revolution.” See excerpts here:

The world’s second largest exporter of nutmeg, holding 20% of the market, this ‘Spice Island’ is now betting on agriculture to become an additional engine for an economy looking to diversify away from the usual sun and sand tourism and also shore up food security for its inhabitants. While Latin America as a region is rich in water and arable lands (the region play’s home to around a third of the planet’s reserves), the small island nations of the Caribbean, such as Grenada and its neighbours, have to deal with the added challenge of a highly hostile climate, including hurricanes, severely limited freshwater supplies – which worsen further during the dry season – and a rising sea level. 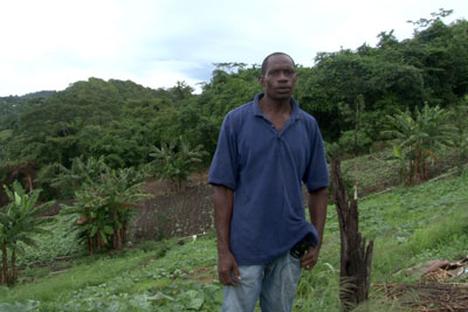 Now smallhold farmers on this island paradise, situated some 125 miles off the Venezuelan coast, are leading an initiative to refocus Grenada’s economic profile with a project which has also caught the attention of other governments within the region. Earnest Mitchell is just one of this next generation of local farmers. “I’m thinking of doubling my production next year,” he explained with pride while showing visitors around his small farm perched high in Grenada’s fertile mountain region. Earnest is one of 1,500 farmers who have taken part in a pilot project, which stands out thanks to its work “to identify our biggest challenges,” Earnest explained. This is no small feat on an island with a population of around 110 000, 70% of whom are considered to be rural. What’s more, the scheme is also opening the door to job creation on the island, where 40% of the active population is unemployed.

The farmers received technical assistance and financial support from the Japanese Social Development Fund and the World Bank to buy seeds, fertilizer, pesticides and tools. The crux of the project is, however, the possibility of protecting themselves from climate and economic shocks, and to better coordinate their production, especially after two consecutive hurricanes. While there is little farmers in Grenada can do against inclement weather in a region extremely exposed to natural phenomena, the project aims to alleviate potential economic, and also planning, havoc. [. . .] Alongside limited water supplies and the impact of climate change, various Caribbean islands also suffer additional problems, and it is hoped that they can find a common solution.

“I think it’s going to be interesting to have a dialogue among all the OECS countries on this subject and see if we can do something in the future,” explained Eli Weiss, a rural development specialist for the World Bank. For smallhold farmers like Earnest, and their wider island community, it will be vital to protect themselves both from natural disasters and the damage they cause to their economies.