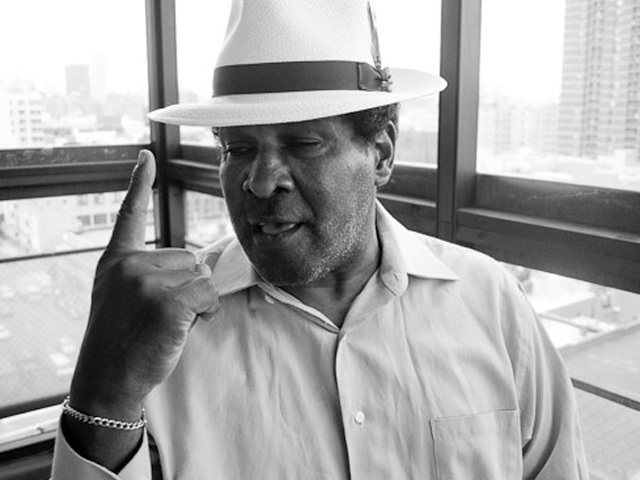 Poet, musician, and dramatist Abraham “Tato” Laviera, one of the greatest representatives of the Nuyorican movement, died on November 1 (Día de los Muertos in the Catholic calendar) at New York City’s Mount Sinai Hospital, his family announced. Mr. Laviera, who had been bed-ridden and unconscious for most of this year, suffered from advanced diabetes.

Born in Santurce, Puerto Rico, in 1951, nine years later his mother brought him to New York City. He studied at neighborhood Catholic schools and went on to attend Cornell University and Brooklyn College, but he never graduated. Instead, he became of director of the “University of the Streets,” an initiative aimed at helping young inner-city Puerto Ricans and other minorities attend college. Later in life he taught at Rutgers University and was active in various forms of community service.

His first collection of poems, La Carreta Made a U-Turn (1979) is a self-reliant response to La Carreta (The Oxcart, 1953), a classic play by René Marqués that depicts in dispiriting traits the migrant journey from the island’s impoverished countryside to New York’s slums. His other books of poetry are Enclave (1981), AmeRícan (1986, a vibrant embrace of the multi-racial Spanish, African, Indigenous Puerto Rican heritage, and Mainstream Ethics (1989). All of them have been published by Arte Público Press, a pioneering Hispanic imprint based in Texas.

Laviera’s poems appear in virtually every anthology of Latino poetry. He also wrote about a dozen plays; the last of them, Kin of Cans, premiered last year.

“His poetry is a documentation of injustices, of painful dualities, of uncertainties,” wrote critic Carmen Dolores Hernández. It is also a testimony of a community who struggled to defend its identity in the midst of discrimination, poverty, and social exclusion. Laviera was also a life-long supporter of Puerto Rico’s independence.

His work is deeply rooted in his Afro-latino, bilingual heritage. “The transitions from prose to poetry, from English to Spanish, from factual conversation to an inspired recitation are made in an instant,” adds Hernández. While reciting his own poems, “Laviera’s own body sways and dances—even when seated—to the marked beat of his verbal emphasis.”

Harold Augenbraum and Margarite Fernández Olmos, authors of the anthology The Latino Reader, said that “the influence of music, particularly African Rhythms, combined with a keen ear for street talk, double talk, and barrio dialect” make his poems particularly apt for live performance. Laviera was indeed a fixture in spoken-word poetry venues across the country.

He kept a strong connection with the younger generations of Latino poets. “He welcomed all of us without judgment and with open arms,” posted poet Emanuel Xavier on his Facebook page after news of Laviera’s passing broke on Saturday morning.

In the last years of his life, blind and in dialysis, Laviera went through rough financial times. A series of articles by David Gonzalez at the New York Times brought public attention to the poet’s situation and helped get him a new home. Several tributes to celebrate his legacy were also organized, the most recent of them in May.

For the original report go to http://nbclatino.com/2013/11/02/remembering-tato-laviera-nuyorican-poet-and-author/