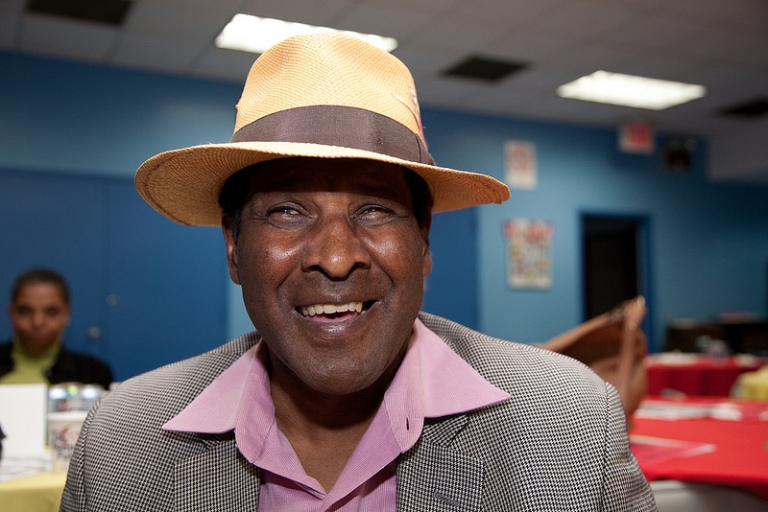 Many of us are mourning the passing of Puerto Rican writer Jesús Abraham Laviera (better known as Tato Laviera)—a lead poet, musician, and composer of the Puerto Rican diaspora. He died this morning at Mount Sinai Hospital in New York City at age 62. Laviera had spent several months in a coma, due to health complications related to diabetes.

Born in Santurce, Puerto Rico (1951) Laviera emigrated with his mother to New York City when he was nine. He settled with his family on the Lower East Side, where the streets were a source of inspiration for his art. The writer studied at Cornell University and Brooklyn College, but never completed his studies.

His first book was La Carreta Made a U- Turn (1979), a critical response to La carreta, a book by Puerto Rican writer René Marqués. In 1985 he published AmeRícan, a much-acclaimed celebration and tribute to ethnic diversity. Other publications include Enclave (1985), Mainstream Ethics—Ética Corriente (1988), and Mixturao and Other Poems (2009).

In addition to his work as a writer, Laviera stood out as a community leader, as director of the University of the Streets initiative, which helps low-income youth and minorities get to college. In a press release, New York City councilwoman Melissa Mark-Viverito lamented the death of the artist, whom she described as one of the most influential Nuyorican poets and novelists. Mark-Viverito said, “His beautiful words, which flowed rapidly between Spanish, English and Spanglish, recounted the experience of millions of Puerto Ricans who migrated and grew up in the United States. His love for his community, El Barrio, could be felt in each one of the verses he wrote.” The councilman said that she will find a proper way for El Barrio to pay tribute to the life and work of Laviera, one of the most important writers of the Puerto Rican diaspora.