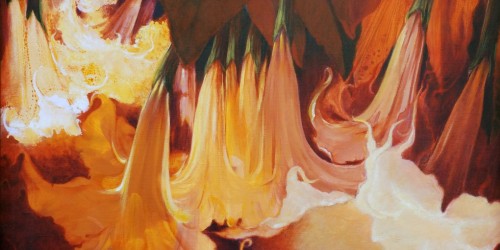 For three days, Boston Arts Academy (BAA) joined with the school’s Center for Arts in Education, will host a Series of  Art Experiences, a cultural celebration of Haiti’s art.

The gallery opening will take place at the Sandra and Philip Gordon Gallery at Boston Arts Academy from 5-­‐7pm, and Haiti’s Ambassador to the United States Paul Altidor will be in attendance.

The third day will include a lecture by participating artist Philippe Dodard at the Massachusetts College of Art and Design Tower Auditorium at 6pm. Philippe Dodard’s work has been exhibited in galleries in the United States and Europe, and recently Dodard partnered with designer DonnaKaren.

All events in this Series are free and open to the public.

Headmaster of Boston Arts Academy, Anne R. Clark says of the Series “we hope that these events are the beginning of future collaborations between BAA, the Greater Boston Haitian community, and Haitian-­‐based organizations. Curator, Guy Michel Telemaque explains that the “purpose of this exhibition would be to expand the conversation about Haiti, beyond its identity as an impoverished country, with evidence.” While the Series will only last for three days, Persistence of Spirit will exhibit at Boston Arts Academy until January23, and then move to the Massachusetts College of Liberal Art’s Gallery 51 in Western Massachusetts to exhibit from January 30 – February 23.

For the original report go to http://www.colormagazineusa.com/index.php?option=com_content&view=article&id=983:a-cultural-celebration-of-hatian-art-at-baa&catid=40:entertainment