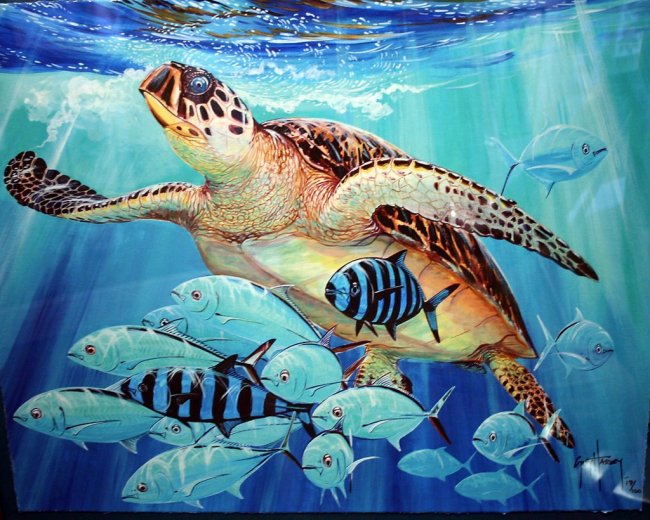 Well-known conservationist and artist Guy Harvey will lead a project to clean the depths of Condado Lagoon in order to protect its ecosystem, one of the richest in the Caribbean, the Latin American Herald Tribune reports.

In collaboration with the local Pesca, Playa y Ambiente (Fishing, Beaches and Environment) organization, Harvey plans to take part next Saturday in a clean-up day for which hundreds of volunteers are expected to turn up.

He also plans to meet with local authorities to discuss the challenges facing marine conservation that the Caribbean island must deal with.

“This is an artificial problem created by man, for which we hope man will provide the solutions,” Harvey, who has worked worldwide launching conservation studies and measures that guarantee healthy oceans and sustainable fishing methods, said.

Condado Lagoon, which gets it name from its proximity to the tourist district of Condado, is an important habitat for shad and tarpon and is part of the San Juan estuary, “seen by many as one of the most abundant for wildlife in the Caribbean and the Western Hemisphere,” according to organizers of the project.

The lagoon, with a maximum depth of 36 feet (11 meters), is also home to manatees, brown pelicans and frigatebirds, among many other species.

This will be the second part of the project that was started last March and which, with the help of some 500 volunteers, removed from the lagoon more than 22 tons of waste in less than four hours.