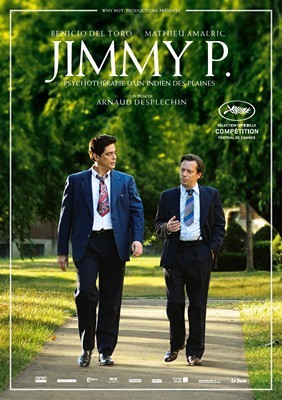 The film Jimmy P.: Psychotherapy of a Plains Indian, starring Benicio Del Toro, will have its U.S. premiere on Tuesday (October 1) at the New York Film Festival. Jimmy P. explores the relationship between a Blackfeet Indian, who has come home from World War II suffering from a mysterious form of post-traumatic stress disorder, and the French psychologist (played by Mathieu Amalric) who seeks to unravel his unique condition. The film previously showed in France, where it was an official selection of the Cannes Film Festival. At that time, both Del Toro and Jimmy P.‘s director, Frenchman Arnaud Desplechin, sat down with ICTMN to discuss this unique cinematic project.

It’s controversial when any non-Indian actor takes on the role of a Native American (as was discussed at length on this site this summer, with Johnny Depp playing Tonto). Was this issue, of Native actors not being hired to play Native characters, on your mind when you were considering Jimmy P.?

I am aware of the lack of representation of Native Americans in TV and movies, and when Arnaud Desplechin brought the idea of this movie to me, my instinctive reaction was: Why me? Because I really do believe that Native Americans could have played the part better, different… It could have been done. But there is a money issue in doing movies, and the fact that I have a career created the chance of the movie being made. That is a fact of life at this moment in time. So, when I read the story, I just felt it was a really strong story that should be out there. And, with all due respect, I dared to do it. There have been actors playing outside their groups; it is a tradition in acting. In the history of theater, even women were played by men. 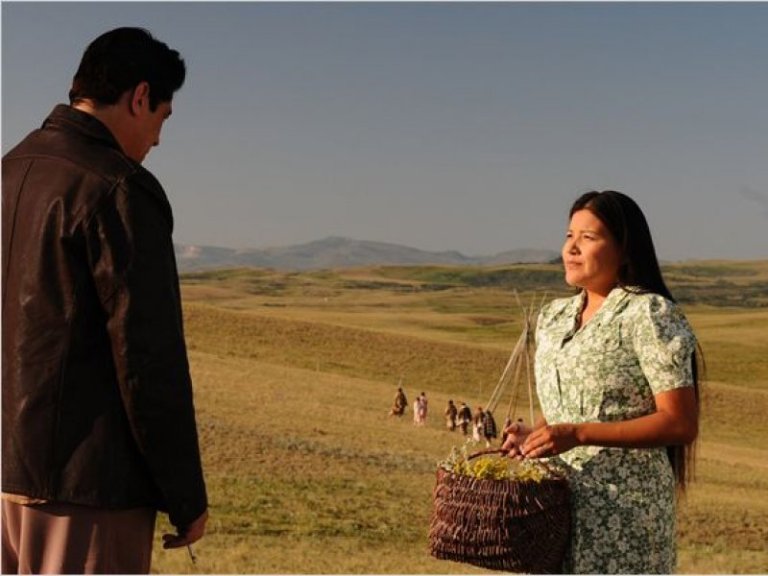 Arnaud Desplechin said that his perception was that, as a Hispanic American, you would be able to identify with the Natives. Did you have that feeling?

Yes! But Native Americans are the real Americans. And I identified with some aspects — being overlooked, being a minority. Because Hispanics are a minority in the U.S. But history is not finished — it is written as we live, everything is changing. Sometimes for the good, or the bad. It goes back and forth. So I have felt what it is to be a minority. It is like being the skinny kid in the classroom — the big kid will push him around, and if there is no teacher saying “you cannot do that!”, the little one will be in a difficult position, and will react, doing all kinds of stuff.

With the Native Americans, it is more complicated, as they were in the classroom first. Then the Anglos went in — the Spanish, and the Europeans. It is the same story all through the New World. In Puerto Rico, there were the Arawaks and the Tainos. 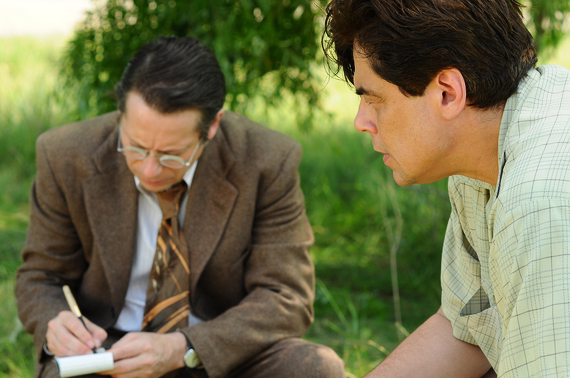 Were you familiar with those cultures?

Yes, the names of the towns in Puerto Rico are all Indian: Bayamon, Mayagüez, etc. And as a kid, you learn about the Tainos in school — what they ate, how they lived, how they were wiped out bu the Spanish. There are places that you can visit and see the games they used to play. Growing up in Puerto Rico, you learn all that, and it’s a good thing, as it’s part of the history of the country. Every Puerto Rican knows who the Tainos were.

Is there racism in Puerto Rico against Natives?

That exists in every culture, but I do not think that it is so much in Puerto Rico. It’s a very small country, where the Tainos and the Arawaks were wiped out by diseases and through slavery. Or they mixed [with Europeans]. So that DNA from the Tainos exists in Puerto Rico, and I would not be surprised to have Taino DNA. But the Native cultures of Puerto Rico were not as strong as in Bolivia, Mexico, Ecuador, and Peru, where there are still big communities of Natives.

For the original report go to http://indiancountrytodaymedianetwork.com/2013/09/26/benicio-del-toro-native-americans-are-real-americans-151462