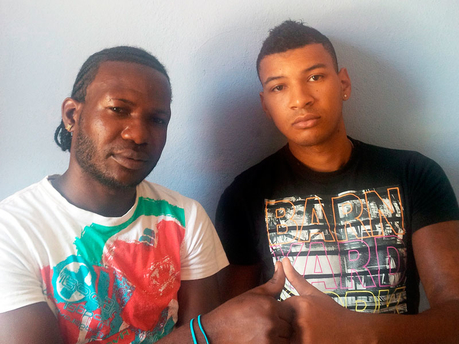 According to The Gleaner, French dancehall producer Jean Sebastian (also known as Senshighj) is trying to contribute to the growth of dancehall music in France, which is lagging far behind reggae and hip hop. He says that a full dancehall revolution in France is yet to take place.

According to the producer/manager, reggae music and hip hop are leading in popularity in France, however, he along with members of his team are working with Jamaican dancehall artistes in an attempt to boost dancehall’s reach in the country. “We working straight from France and we are helping to boost dancehall, reggae and Caribbean music. We started in 2010 by launching several dancehall rhythms from Europe. Then we started linking up with Jamaican artistes for collaborations on some of our biggest rhythms,” he said.

The producer has worked with artistes like Elephant Man, Ding Dong, T.O.K, and Fambo and says Jamaicans are easy to work with. The Frenchman says he was inspired to be a part of the dancehall and reggae music industries through interaction with his uncle, a DJ and sound engineer who pays much attention to Caribbean music. “France is not really the best country for dancehall right now. You have some sound system which plays dancehall from time to time, but it’s more of a pop thing, hip hop thing and reggae. If you want more dancehall music you have to go to Germany, Belgium, Holland and east of Europe really,” he said.

The producer said there were a few dancehall songs to cross over into the French market in recent times. However, a full dancehall revolution in France is yet to take place. “I hope it will improve over time. You have songs right now like Busy Signal’s Watch Out For This which is working and I hope more songs will break out. Brick and Lace’s Love is Wicked was also popular in France. Sometimes, you have some dancehall songs which will get a good vibe from the people. But in like three months they disappear and its back to the reggae and hip hop thing,” Senshighj said.

Despite the relatively small stature of dancehall in France, Sebastian believes the country is a good place to host events. The French media, he maintains, however, aren’t helping because stations don’t play enough dancehall music to stimulate growth. “It’s hard to get dancehall in the big media in France. It’s just some little radio like Tropic FM,” he said.

The producer is managing Jamaican dancehall artiste Eklypse formerly of Ding Dong’s Ravers music group. The two are promoting a song called Don’t Burn Your Bridge, produced by Senshighj via his Y Not Production label. “Mi a work with nuff big artiste from Jamaica but mi meet Eklypse from the first time mi start duh dancehall. It’s a different experience working with Jamaican artistes. They have a vibe that is unique. My dream is becoming a reality and I am here in Jamaica to make links,” he said.

The producer plans to release a reggae project in coming months and hinted that he wants to work with reggae artiste I-Octane. The Frenchman is also hoping to shoot a music video on local soil before leaving for France in a matter of days. Senshighj has already formed a promotions team in Europe and hopes its work will boost dancehall’s presence in the French media significantly.

One thought on “Dancehall in France Lagging, Senshighj Tries to Promote Genre”