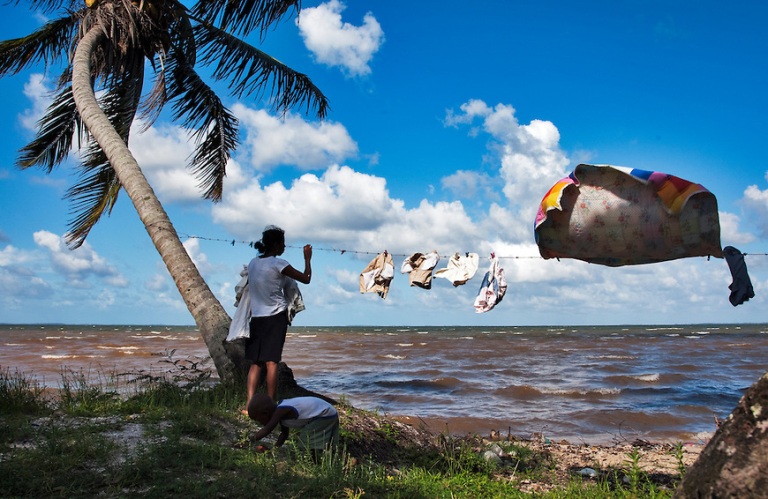 One-hundred and fifty years after a treaty with England granted the Miskito people rights over their land–a treaty which was never fully respected–the government of Honduras has officially handed over nearly a million hectares (970,000 hectares) of tropical forest along the Caribbean Coast to the indigenous people, as Jeremy Hance reports in this article for mongabay.com.

The Miskito are found along the eastern coast of both Honduras and Nicaragua and number around 200,000.

“This is an unprecedented and historic moment for our peoples,” said Norvin Goff, chairman of Miskitu Asla Takanka (MASTA), a Honduras group representing the tribes.”The entire region is at risk from illegal hunting, logging and clearing of land to graze cattle. The Miskito people can protect it, but only if we have title to those lands.”

Over the last few decades, tropical forests along the Caribbean Coast have been infiltrated by land speculators, loggers, and ranchers, creating conflict between the illegal settlers and the Miskito. The Miskito now have title to seven land areas, comprising 128 communities, and about seven percent of Honduras’ total land area.

The official rights to their land will allow the Miskito to negotiate possible REDD+ treaties in the future. REDD, which stands for Reducing Emissions From Deforestation and Degradation, is a UN program that aims to cut global carbon emissions by paying tropical countries to keep their forests standing.

“We have been doing REDD for 500 years,” notes Goff. “Now we will be able to teach others how we have protected our forests and natural resources, and benefit from our role in helping the world that wants so badly to stop destroying the forests so we can slow climate change.”

Around 40 percent of Honduras is covered in forest, but the country has one of the highest rates of deforestation in Latin America. From 1990 to 2005, Honduras lost 37.1 percent of its forestland. The country is still home to a number of important Neotropical species such as the jaguar (Panthera onca), Baird’s tapir (Tapirus bairdii), giant anteater (Myrmecophaga tridactyla), and mantled howler monkey (Alouatta palliata).

“With a substantial proportion of the total territory of Honduras now owned by Indigenous peoples, we envision the creation of a new development agenda in Honduras, one built with guidance from indigenous peoples and with respect for our customary rights,” Goff said.

For the original photo and a beautiful gallery by Kato Inowe go to http://katoinowe.photoshelter.com/gallery-slideshow/G0000g_ZjDfR7OWM/gallery.json