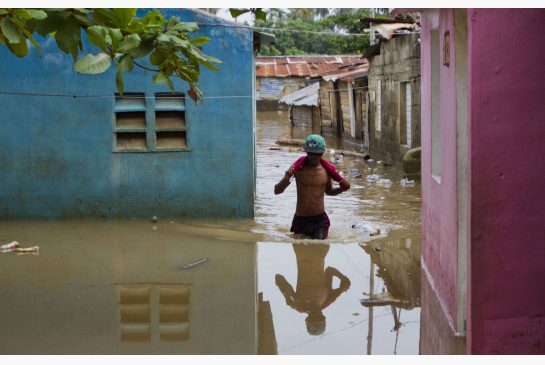 Danica Coto (Associated Press) writes about ongoing warnings  by scientists who have explained that changing weather patterns are leaving many Caribbean islands parched, insisting that action must be taken quickly. Here are excerpts with a link to the full report below:

Experts are sounding a new alarm about the effects of climate change for parts of the Caribbean: the depletion of already strained supplies of drinking water throughout much of the region. Rising sea levels could contaminate supplies of fresh water and changing climate patterns could result in less rain to supply reservoirs in the coming decades, scientists and officials warned at a conference in St. Lucia this week. “Inaction is not an option,” said Lystra Fletcher-Paul, a land and water officer for the UN Food and Agriculture Organization. “The water resources will not be available.”

Some possible solutions include limits on development, increased use of desalination plants and better management of existing water supplies. But there will still be challenges in a region where many governments carry heavy debts and have few new sources of revenue.

Many Caribbean countries rely exclusively on underground water for their needs, a vulnerable source that would be hit hard by climate change effects, said Jason Johnson, vice-president of the Caribbean Water and Wastewater Association, a Trinidad-based non-profit group. “That’s the greatest concern,” he said. “Those weather patterns may change, and there may not necessarily be the means for those water supplies to be replenished at the pace that they have historically been replenished.”

Parts of the Caribbean have been experiencing an unusually dry spell that emerged last year. In August 2012, some islands reported extremely dry weather, including Grenada and Anguilla. By July of this year, those conditions had spread to Trinidad, Antigua, St. Vincent and Barbados, says the Caribbean Institute for Meteorology and Hydrology. Jamaica, Trinidad and Barbados have ordered water rationing this year, with Barbados reducing pressure and occasionally cutting off supply to some areas. The island also began to recycle water, with officials collecting treated waste water to operate airport toilets.

Overuse of wells elsewhere has caused saltwater seepage and a deterioration of potable water underground, leading to the construction of hundreds of desalination plants. “We’re seeing changes in weather patterns,” said Avril Alexander, Caribbean co-ordinator for the non-profit Global Water Partnership. “When you look at the projected impact of climate change, a lot of the impact is going to be felt through water.”

Intense rains have been reported in recent months in some Caribbean areas but that doesn’t mean an increase in fresh water supply, said Bernard Ettinoffe, president of the Caribbean Water and Sewerage Association, which represents water utilities in the region. Heavy rains quickly run off and do not soak into the ground, he said. In addition, the cost of water treatment increases, and many islands instead shut down their systems to prevent contamination.

The island considered most at risk is Barbados, which ranks 21st out of 168 countries in water demand exceeding available surface water supplies, according to a 2012 study by British risk analysis firm Maplecroft. Other Caribbean islands high on the list are Cuba and the Dominican Republic, which ranked 45 and 48, respectively. The study did not provide data on a smattering of eastern Caribbean islands, which officials say are among the driest in the region. [. . .]